It may not be the crown jewels just yet, but the future King George has been bestowed another honour, with Australia Post announcing a commemorative stamp in his honour. 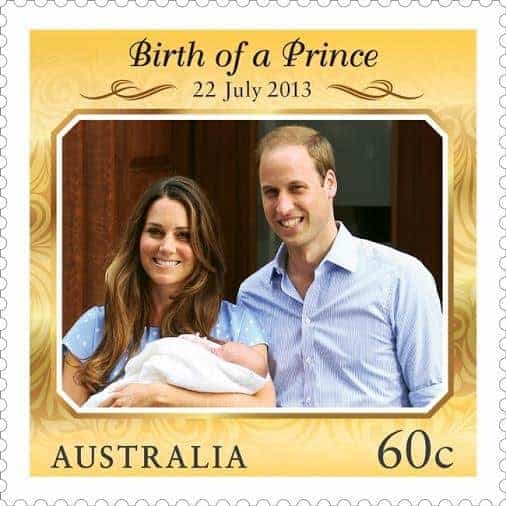 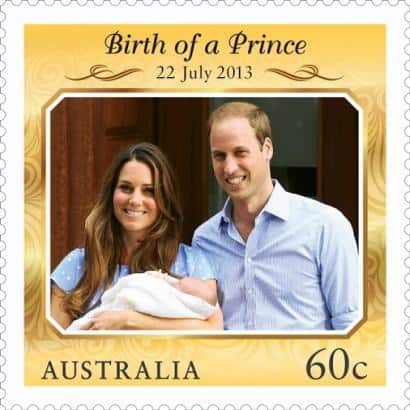 THE Royal Baby, Prince George of Cambridge, has received international attention since his arrival into the big-wide-world. Now he is being given one of the greatest honours of all: commemoration in stamp form in both the UK and Australia.

Australia Post has announced on its website that the Australian contribution will be a stamp featuring an image of the Royal couple leaving St Mary’s Hospital Paddington with their newly-born son and will be available in a ‘sheetlet of 10 x 60c stamps from participating Australia Post retail outlets from Monday 29 July 2013’.

The designer of the stamp is Sonia Young from the Australia Post Design Studio.

The Aussie stamp will be purchasable well ahead of the royal commemorative stamp planned by the UK. The Isle of Man Post Office is to become the first UK postal administration to celebrate the future King’s birth as they release a sheet of eight stamps on 21 August congratulating William and Kate and priced at £1.

The stamps will depict the smiling faces of Mum and Dad (4 apiece) alongside a gold foil postmark with the words ‘It’s a boy’.

The UK postal service also promised to send the commemorative cover to the parents of the four babies who were born on the Isle of Man on the same day as Prince George.