It’s a boy! The Royal baby is born

The Duchess of Cambridge has given birth to a boy, at St Mary's hospital in Paddington, London. 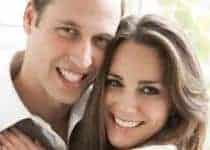 AFTER much anticipation, the Royal baby has finally arrived. Kate Middleton, Duchess of Cambridge and wife of Prince William has given birth to a boy, who is now the third in line as heir to the British throne.

Millions across the world have awaited the birth of the future monarch since the reports in November 2012 that Prince William’s wife Kate Middleton was pregnant.

After the Duchess of Cambridge went in to labour earlier today, the baby was born just before 4:30pm this evening in the Lindo Wing of St. Mary’s hospital in Paddington, London. However news of the birth was not made public until just after 8:30pm. The new arrival was born weighing 8 pounds 6 ounces. Both mother and child are reportedly in good health.

Though the name of the Royal baby is not yet confirmed, a palace spokesperson on Monday told the public that the child will not be without an impressive title, fit for the most famous baby in the world. He will be known as His Royal Highness, the Prince of Cambridge.

Further to this, David Cameron announced last year changes to the royal succession laws would allow the baby, regardless of gender, to be assured of its place as third in line as heir to the throne, for the first time in 300 years. This little child may one day be the King of Australia.

Despite the current joy felt by the Royal family, Kate’s pregnancy was not without a few bumps along the way. A prank-call by Aussie DJ’s Mel Greig and Michael Christian to a hospital where the Duchess was receiving treatment for acute morning sickness, lead to the suicide of the nurse who answered the call.

The Royal family subsequently will move into their new, refurbished home at 1A Kensington Palace, a lavish four-story, twenty-room apartment equipped with a private-walled garden. Not a bad place to grow up.