If boy stays by George he’ll be George VII

It could be 70 years hence but when William and Kate's baby eventually becomes monarch he could be known as King George VII. 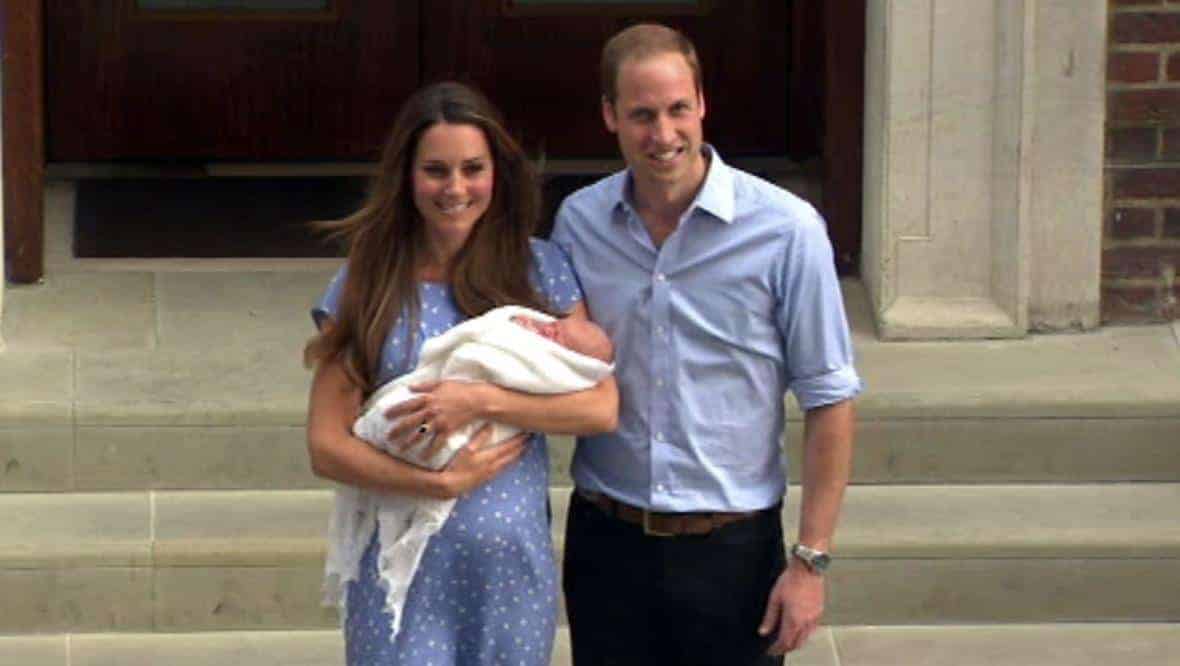 IT could be 70 years hence but when William and Kate’s baby eventually becomes monarch he could be known as King George VII.

But if he chooses one of his middle names as sovereign the royal baby might become Britain’s first King Alexander or first King Louis.

The Duke and Duchess of Cambridge on Wednesday said they were delighted to name their son George Alexander Louis.

Royal historian Anna Whitelock says the name has something for everybody.

“But it’s very much an acknowledgment and tribute to the royal side of the family rather than to the Middletons,” she told AAP.

George, being the Queen’s father’s name, would be “hugely popular” with Her Majesty, Dr Whitelock said.

The name is associated with continuity and stability because George VI became king after the 1936 abdication crisis.

Alexandra is the Queen’s second name so Alexander can also be seen as a tribute to Elizabeth II.

There’s been no King Alexander before although there have been three Scottish kings with that name.

“Some might say this is a savvy move with the referendum next year on Scottish independence,” said Royal Holloway University’s Dr Whitelock.

Louis is one of William’s middle names and the first name of the late Lord Mountbatten who was Prince Charles’ great-uncle and confidant.

Wednesday’s announcement is expected to see a spike in the popularity of George as a name in the UK and abroad.

The baby’s name was revealed in an official statement after the Cambridges escaped London to Kate’s parent’s house in Berkshire.

The Bucklebury residence of Michael and Carole Middleton – reportedly worth $A8 million – is a large seven-bedroom Georgian property with plenty of room to spare.

It’s not known how long William, Kate and baby George will remain in the countryside. Kensington Palace insists it won’t provide a running commentary on their whereabouts.

“This is now private and quiet time for them to get to know their son,” a spokesman said.

But it’s widely tipped that Kate and George could stay for six weeks.

Prince William has two weeks’ paternity leave from his job as an RAF search and rescue helicopter pilot but will then return to the Isle of Anglesey off the coast of northwest Wales.

It’s unlikely Kate and George will head back there given the family are due to move into apartment 1A at Kensington Palace in the northern autumn once renovations are complete.

Bucklebury will offer the new family more privacy than their current London base of Nottingham Cottage in the grounds of Kensington Palace.

A former operational commander of royalty protection says “they are as safe and secure there as anywhere else”.

“The necessary precautions will have been pre-planned,” Dai Davies told AAP.

“Royalty protection will cover it in conjunction with the local police force.”

Mr Davies said the security risk was low with the biggest threat “the embarrassment of a press intrusion”.

Renowned royal historian Hugo Vickers believes being in the country will allow Kate and her newborn to avoid London’s summer heat and receive much-needed assistance.

“What better person to help the young mother than her own mother,” he told AAP.

“They all get terribly well together so it’s a great idea.”

Earlier on Wednesday the Queen visited her great-grandchild at Kensington Palace.

It was an historic occasion as it’s almost 120 years since a reigning monarch has met a future king three generations ahead.