Royal baby boy! Now… what does it mean for Aussies?

OPINION | The Royal Baby is finally here after months of anticipation, and it's a boy! Now that he has arrived, what does it mean for Australia and our place in the monarchy? 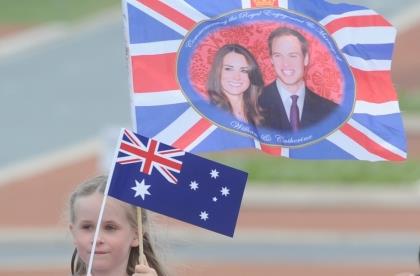 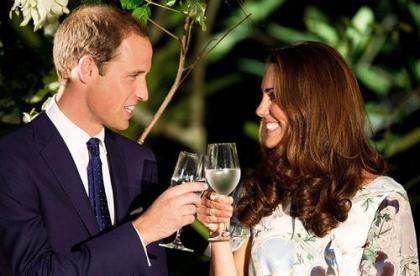 ADMIT it: you were starting to think that the Royal Baby was someone’s idea of a practical joke, and would never actually arrive. It seems like it was eons ago that we first found out that Princess Catherine was pregnant with a future king or queen. Finally, the moment has arrived: the Royal Baby has been born. It’s a boy (8 pounds 6 ounces, in case you are wondering)! The Commonwealth can rejoice in celebration.

It would be remiss of the team at Australian Times to not take some time to first congratulate the child’s parents. William and Kate have had a fairy-tale journey to get to this point. They started off as flatmates at university in Scotland, ultimately making the transition into a fully-fledged romance.

The anecdote goes that Prince William was being harassed by a notorious society flirt one evening at a function when his then-friend Kate Middleton appeared and pretended to be the royal’s girlfriend in an effort to fend off the other woman. Little did the couple know that – several years down the track – they would be welcoming a new child into the royal family.

To William and Kate, I think that we speak for all Australians in offering our most heartfelt congratulations. We know that you will take to parenthood just as well as you have taken to married life. For advice on how to prepare for long nights with no sleep, ask Uncle Harry. He seems to be able to do it without any issues whatsoever.

Speaking of Uncle Harry, Australian Times also wants to congratulate the rest of the royal family on the new addition. The Queen told a group in the Lake Country this week that she hoped that the baby arrived soon, as she was scheduled to go to Balmoral on her summer holiday soon. We know that summer will be a time of celebration at the Queen’s Scotland retreat this year, with a baby to fuss over and an untapped audience for Prince Philip’s unique attempts at humour.

Over the last few years the Royal Wedding and the Diamond Jubilee have proven that there is still some value in the royal family, whether we like it or not. Most of us don’t know William or Kate on a personal level, yet the wave of positivity that has washed over the entire world as a result of this birth is remarkable. The world might be growing more and more cynical as the years go on, however the pure joy of a new life can still serve to bring us all together.

Australia is in an awkward stage of its life as a country. We are almost evenly split regarding whether to stick with the monarchy or abandon the royal family and become a republic. If the scales tip in favour of the republican sentiment, the Royal Baby may never rule as monarch over Australia. This child could represent our parting ways with centuries of monarchist tradition. On the other hand, it could prove to be the change that was needed for Australia to renew its commitment to the Commonwealth.

The republican debate will rage on in Australia for years to come, and the battle between tradition and modernity may prove to be one that is essentially unwinnable. For William and Kate, however, none of that matters. The future of the monarchy and Australia’s place in it would undoubtedly be the furthest thing from their mind at the moment.

At the forefront of their mind are all of the things that matter to a parent: relief that the waiting is over, joy at the new arrival and anxiety about what is yet to come. William and Kate, congratulations once again from us to you. Australia wishes you all the best in being new parents, and we’re almost as glad as you are that the wait is finally over.