Chris Arkadieff was born and raised in Australia where he gathered his first cooking experiences and won an Ansett “Best Apprentice Chef of the Year ” award. He was cooking on the exclusive Hayman Island in Australia, voted number two resort in the world, later he worked in Italy and did two stages in New York. He moved to London in 1999 to start working with Gordon Ramsay Group. After working first as sous chef and then head chef in London, he was in 2014 sent to Hong Kong to become the head chef for Gordon Ramsay’s group there. He is now head chef of the Strand Dining Rooms. He is also chef contributor to one of Prague’s leading food specialists Roman Vanek who wrote also a best selling cook book.

Serving up a sirloin steak

Adding Polenta to your Italian feast

Serving up salmon, with buckwheat blinis

Homemade Butter: How to make Butter

Back to basics with dairy-free honey and walnut bread

Perfect roast pork with crackling to die for… 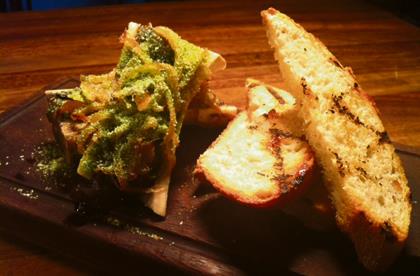 Say it with sole 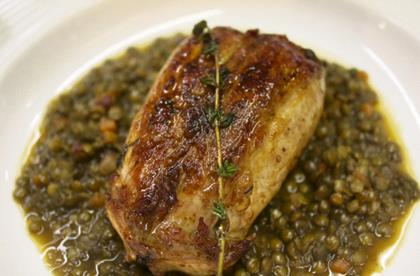 A pudding by any other name

Tastes of the Welsh countryside

Reaching for the top shelf steak

The fish, the whole fish and nothing but the fish

Get inspired by tasty European cuisine

Rocket-ing salad to the top of the dish wish-list

A taste of France with a fruit tarte tatin

You would be a fool to miss British strawberry deliciousness

Getting to know your local fishmonger in London

A little taste of Asia to welcome in summer

A special taste of the Canary Islands

A curry you can take anywhere (even Tassie!)

A right Royal spud to crown your taste buds

Crabs – the greatest seafood in the world?