So you’re living in London, the most exciting city in the world. The centre of the universe, you might say, when it comes to music, theatre, travel, media. But does it ever occur to you that not only do you live in London, but if you zoom out a little bit on the map, you live in England. 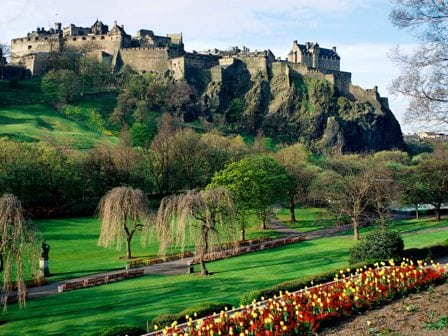 Edinburgh is one of the most exciting cities in the UK to visit outside London.

By Jennifer Perkin
So you’re living in London, the most exciting city in the world. The centre of the universe, you might say, when it comes to music, theatre, travel, media. But does it ever occur to you that not only do you live in London, but if you zoom out a little bit on the map, yes — that’s right-, you live in England. Zoom out a little further and you’ll see that England is just member of a quartet that goes by the name of United Kingdom. And in the UK there are 66 urban centers holding city status, all full of people hustling and bustling and thinking and acting like their city is the centre of the universe. What of it? Well if you really want to say you’ve lived in the UK you’re gonna have to get out and explore and see what makes all these other places so great. And luckily you have us to help you out in that department, so rip off those London blinkers and hop on a train to…

1.       Liverpool
Though famous for Lennon’s, McCartney’s and football, Liverpool’s true drawcard is the scousers that populate the city. Typically down to earth, quick to joke and full of pride for their city you can enjoy some of the best football banter in the pubs, admire some of the most undressed and overdone WAGS in the clubs and all the while smile helplessly at their lovable sing-song accent.

Do: The Albert Dock, ideal for a waterside stroll and a stop in at the Tate Gallery amongst other museums, mostly free.

Stay: The Sir Thomas Hotel offer what other reasonably priced, centrally located hotels don’t: character.  Old fashioned and with a hint of class, it’s a cut above the hostels and offer weekend specials, see SirThomasHotel.co.uk

2.       Edinburgh
Edinburgh is the Sydney to Glasgow’s Melbourne — iconic, classically beautiful, blessed by natural location and boasting a more sleek veneer than its main rival.  With its mix of sights, shopping and history it is the ideal place for a more ‘local’ city break — romantic, girly or otherwise and that’s not even mentioning the famous August fest (Fringe) or Hogmanay. One visit alone just will not do.

Do: Walk to the top of the hill to see the view from Edinburgh castle. Don’t bother paying £10 to enter unless you’re a real castle enthusiast.

Eat: Treat yourself to a truly fancy meal in an opulent locale at Rhubard, in the Prestonfield House hotel; the 2-course £17 lunch deal is a bargain. Prestonfield.com

Stay: Castle Rock hostel is the ideal kind of hostel — sunny, clean, friendly and with a droolworthy location overlooking the city. See ScotlandsTopHostels.com/edinburgh/castle-rock-hostel

3.       Birmingham
The Brum is cursed with something of a bad rep, which makes it all the more a pleasure to discover it’s actually pretty damned cool. Aside from a nicely developed music and cultural scene — it was crowned this year as the ‘Home of Metal’ — the city has a healthy appetite and boasts an ‘Indian Triangle’ which puts Brick Lane to shame. Celebrate both with various celebratory Home of Metal exhibitions and the food fest in September. 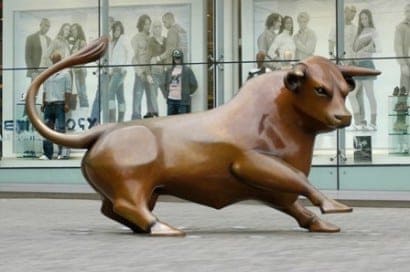 Eat: Bodega is a new South America cantina with an impressive array of authentic tapas and mains spanning the continent, as well as Latino themed cocktails.

4.       Cardiff
More than just a place to watch the rugby, the Welsh capital is one of the most vibrant cities in the UK and though it has Cymru pride in its heart, it is geographically more accessible to London than to northern parts of Wales!

Do:  Visit Cardiff during the awesome SWN music festival  in October— kinda like the Camden Crawl but across a whole city. Swnfest.com

Eat:  The kind of independent, creative, vegetarian, community minded and bursting-with-originality hang out that every city needs, we love Milgi Lounge. Not just for tree huggers either — the cocktail menu is jaw dropping and cheap. Milgilounge.com

Stay: When the River House Backpackers has received impeccable reviews from various sources, including taking out Hostelworld’s best UK category for three years running — there’s really no need to stay in a hotel. See RiverHouseBackpackers.com

5.       Manchester
If you’re a hardcore London-ite reluctant to venture beyond zone 6 then Manchester is probably your best stepping stone. But don’t be fooled – this not just a London in miniature, the city has its own thing going on and with a much smaller population, has been privy to some powerful cultural revolutions — particularly on the music front. Ever changing, ever vibrant and with just enough edge to keep it interesting.

Do: Drinking is a sport in Manchester — you’d do worse than to sample some of the city’s finest local brewed offerings at the Marble Beers pub on Rochdale Rd. When you’ve run out of beers there move on the Hula Bar — an authentic Tiki haunt where watching the bartenders make the cocktails is almost as fun as drinking them. www.hulabar.co.uk

Eat: Craving a taste of home? At the somewhat fancy Australasia you won’t find Four’N Twenty’s but you will find an Asian infused menu focused on tapas-style plates, as well as good ole fashioned steaks of course.  Australasia.uk.com

–          Belfast: Warm soul belies a troubled past — discover both over several Guinness’s.

–          Exeter: Never heard of it? Us either — until we discovered its stunning and compact historic centre, with a deeply continental Europe feel.

What makes a city?
Historically a town was officially a city if it had a cathedral, but since 1888 that practice is no longer and getting city status is now a matter of applying to the Lord Chancellor and crossing your fingers. The UK’s smallest city? St David’s in Wales, clocking in at less than 2000 in population, gets in on a technicality under the old Cathedral law…