Target Australia has released a statement defending brand ambassador Gok Wan after a series of homophobic complaints regarding his appearance in a recent advertisement. 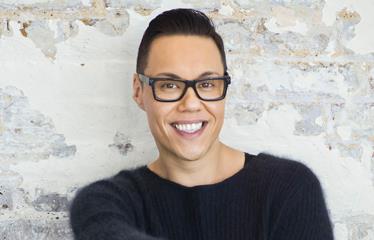 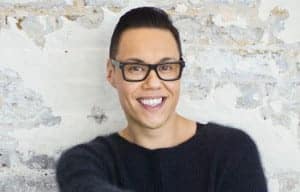 THE customer relations department of Target in Australia has hit back at homophobic complaints targeted at the company’s use of British television star Gok Wan in recent advertisements for the store’s bra line.

Mr Wan, known for his role in hit program How To Look Good Naked, appears in the Target advertisement referring to women’s breasts as ‘bangers’. The commercial resulted in several complaints to the Advertising Standards Bureau, including from individuals that did not approve of a homosexual man appearing on television.

One sample of the complaints received by the Advertising Standards Bureau read: “It’s an insult to sooooo many Aussie men and women to see poofs on tv but you let it happen.”

Another read: “It’s an offence to any decent person to watch some queer guy advertising and blaspheming and using insulting descriptive words re: a woman’s body and to be prancing around half dressed guys. A female body is a beautiful thing, not to be cheapened by a poofter.”

Target Australia responded to the complaints levelled against their advertisement, standing by the Leicester-born fashion consultant and brand ambassador. The company said that it had chosen Mr Wan to represent Target based on his career and achievements in the fashion field, and that his homosexuality had no bearing on their decision.

The statement released by Target said: “Gok Wan was chosen as a brand ambassador for Target because of his personality and reputation, not his sexuality. He feels good about who he is as he is. He is playfully irreverent, colourful and fun. He has a great capacity for making other people feel good about themselves too.

“Target strongly believes that a person’s sexuality is irrelevant to their worth as a person. Target makes no apology for using a gay man in its advertising and we do not believe that this should be grounds for upholding a complaint.”

The Advertising Standards Bureau cleared Target’s advertisement of any wrongdoing, stating that it did not find the use of the term ‘bangers’ as inappropriate although it was not a commonly-used phrase within Australian society. It did not pass comment on the complaints that expressed dissatisfaction with seeing a gay man on television, only making a general statement that the advertisement did not breach guidelines relating to sexuality.

The Advertising Standards Bureau report said: “The Board considered that the word (bangers) is not commonly used in Australia in this manner but that in this instance it is not used in a derogatory way and that the use of the term bangers is one that is used by Gok as part of his programs and persona. The Board considered that the term ‘bangers’ is not inappropriate and not strong or obscene language in this context.”

Mr Wan, who currently lives in London, is heavily involved with a number of anti-bullying charities and has been outspoken about his experiences with homophobia as a young man. He acts as a celebrity ambassador for UK-based charity Ditch the Label, which works closely within the education system to support young people dealing with issues including homophobic prejudice.