The Australians Greens have called on the federal government to lift gag orders on staff at Manus Island detention centre. 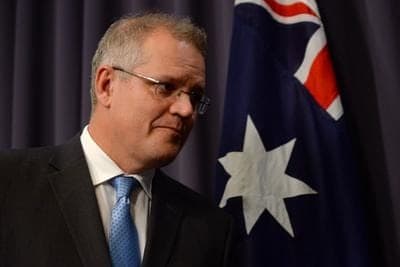 A Labor senator has accused Immigration Minister Scott Morrison of having blood on his hands after a violent riot at the Manus Island detention centre.

But government MPs are standing by their colleague saying he is doing a tough and challenging job in a most honourable way.

The Greens and refugee advocates are demanding the minister’s head after he admitted that most of the violence – including the death of 23-year-old Iranian man Reza Berati – had likely happened inside the centre, not outside, as first claimed.

“He definitely does have blood on his hands,” Labor senator Sue Lines told reporters in Canberra on Monday.

It was inappropriate for Mr Morrison to jump the gun and give misleading statements about how the incident unfolded, she said.

“It shows how quickly the Abbott government wants to demonise asylum seekers.”

But Senator Lines said Labor had some soul searching to do over its support for offshore processing on Manus Island.

Australian Greens leader Christine Milne says Prime Minister Tony Abbott is condoning thuggery and standover tactics by saying he did not want a wimp in charge of border protection.

“Far from strong, they show moral cowardice,” she told reporters of Mr Abbott and Mr Morrison.

Senator Milne insists Mr Berati was murdered in the riot.

“How else can you describe someone’s head being stomped on and people being dragged from their beds who hadn’t been involved at all?” she said.

The Greens want the government to lift the gag order on detention centre staff at Manus Island.

“I want to express deep, strong, personal, absolute commitment to him,” he told reporters, noting it had been 65 days since the last boat arrival.

That meant “dozens and dozens of lives” had been saved by stopping the people smugglers.

“He is doing the toughest, most challenging job in the most honourable way.”

Labor MP Kelvin Thomson said the independent inquiry into the riot should also cover Mr Morrison’s handling of the incident.

The minister was on “thin ice” after other controversies such as the navy’s incursions into Indonesian waters.

“This issue is a little more serious than the brutish behaviour of a night club bouncer,” she said.

“To have a prime minister who treats this as some kind of tough guy game at the end of the night drinking at the pub is crazy,” he said. – AAP

IMAGE: Australia’s Immigration Minister Scott Morrison who is in hot water of the death of an asylum seeker on Manus Island in PNG after a riot at the refugee detention centre there. (AAP Image/Alan Porritt)