The Duke and Duchess of Cambridge will be the first royals in nearly 50 years to attend the national Anzac Day service in Canberra. 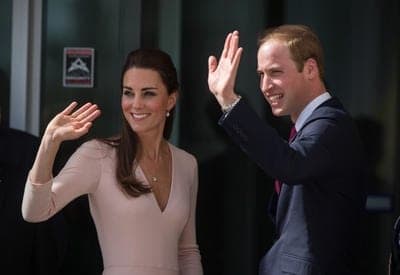 Eighty years ago Prince Henry the Duke of Gloucester planted at the Australian War Memorial a sapling cultivated from a pine cone sent from Gallipoli.

On Friday, two modern-day members of the Royal family will plant another sampling cultivated this time from the memorial’s historic Lone Pine.

The Duke and Duchess of Cambridge will also be presented with a plaque carved from a branch of the tree, an Aleppo pine that was grown from a seed sent back to Australia by a Digger whose brother was killed at Lone Pine Ridge in 1915.

Victoria Cross winner Mark Donaldson and two Australian veterans from Afghanistan will present them with a Victoria Cross replica handcrafted from the tree.

William and Kate, who will lay a floral tribute at the Tomb of the Unknown Soldier, are the first royals to attend an Anzac Day commemorative service in the national capital for nearly 50 years.

Their presence is expected to tip crowds past the average attendance of 15,000.

Newly-installed governor-general Sir Peter Cosgrove – a former army general – and Prime Minister Tony Abbott will be at the national service.

The last royal Anzac Day in Canberra was in 1970 when the Queen and Prince Philip were in Australia for bicentenary celebrations.

They laid a wreath of red velvet poppies on the Stone of Remembrance.

The royal couple’s next Anzac Day event was in Hobart in 1988. The Duke went to the dawn service before the couple attended a march of 4500 former servicemen and women.

The last time a royal attended an Anzac Day event in Australia was in 1998 when Prince Philip took the salute at a parade in Darwin.

He attracted a record turnout of some 600 marchers and a crowd of 3000.

In Darwin’s sweltering heat, the then 77-year-old Duke said the entire Gallipoli campaign faltered on misplaced confidence by the British cabinet.

By the time an Allied landing force of some 70,000 men, had been put together, the Turks had been given plenty of time to prepare “a very hot reception” for it, he said.

For the 90th anniversary of the Gallipoli landings in 2005, Prince Charles represented the Queen at events at Anzac Cove in Turkey. – AAP

IMAGE: The Duke and Duchess of Cambridge wave to the crowd gathered on Elizabeth, in the city of Playford, thirty minutes North of Adelaide, Wednesday. On Friday they will attend Anzac Day ceremonies in Canberra to cap off their royal tour of Australia. (AAP Image/Ben MacMahon)