The inquest into the death of British nurse Jacintha Saldanha, who committed suicide after she was duped in an Australian prank call involving the Duchess of Cambridge, concluded with the radio station offering their sympathy and promising to set up a trust fund for the dead woman's family. 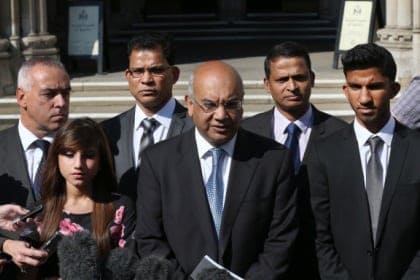 The Australian radio station that duped a British nurse into revealing the condition of Kate Duchess of Cambridge while she was in a London hospital in 2012 for morning sickness has apologised and offered to set up a trust fund for the family of the nurse who subsequently committed suicide.

British nurse Jacintha Saldanha was so perplexed and upset by being fooled by 2Day FM’s hoax call into breaking a London hospital’s security procedures that she committed suicide. Saldanha unknowingly transferred a prank call to the nurse caring for the then pregnant Kate Middleton, the Duchess of Cambridge. Three days later, she committed suicide.

An inquest in to the the nurse’s death, which has concluded at London’s Royal Courts of Justice, found that emails sent by Saldanha in the aftermath of the prank clearly clearly show how upset she was by the incident.

Three days after a prank call by Sydney’s 2Day FM radio DJ’s Mel Greig and Mike Christian was aired Saldanha slit her wrists and hung herself in the hospital’s nurses’ accommodation. The pranksters, pretending to be the British Queen and Prince Charles, called the hospital where Kate Middleton was being treated for acute morning sickness. Saldanha proceeded to transfer the call to the nurse who was treating the Duchess – something which was against the hospital’s regulations.

Mother of two, Ms Saldanha was employed as a night nurse at the King Edward VII hospital before her death.

The inquiry found that Ms Saldanha’s suicide on 7 December 2012 was directly related to the effects of the hoax when several emails written by Ms Saldanha, and sent to colleagues involved, made it clear that the incident was weighing heavily on the distressed nurse.

A day after the hoax, in an email to her colleague, Saldanha wrote, “It’s all my fault and I feel very bad about this getting you involved. Please accept my apologies. If there is anything I could do to mend it I would do it myself, but it is all in their [hospital management’s] hands,” reported the BBC.

“At the moment in time, with that voice, I couldn’t even think of anything else. It’s all my fault,” she added.

At the inquest, Saldanha’s husband, Benedict Barboza, and their two children, Junal, 18 and Lisha, 16 were represented by Labour MP Keith Vaz, who has acted as a family spokesman.

A visibly distraught Mr Barboza told the inquest that to his knowledge his wife had not suffered from depression or from any psychiatric illness, nor had she made any attempts to harm herself previously, as had been reported in the media.

An email from Ms Saldanha to Matron Caroline Cassells stated, “I feel very sorry for breaking security, I am ready for any punishment, Please do not hold [the other nurse] responsible for this.”

Cassells said, “I regret not answering that email earlier,” adding, “There was no indication that she wasn’t coping.” 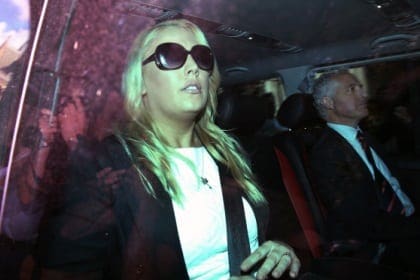 DJ Mel Greig (pictured above) attended the hearing “voluntarily”, saying in a public statement on social media, “I made a commitment to the Saldanha family that I would answer any questions they have, on or off the stand. I’m here to uphold that promise.”

Rhys Holleran, chief executive of Southern Cross Media Group, which owns 2Day FM, said in a statement to the inquest that the station had broadcast the call without consent but it was checked by legal staff before being aired.

Holleran added that the company deeply regretted the tragedy, and extended deepest sympathies to Saldanha’s family, friends and colleagues, but, he said, “It does not apportion blame to any of its announcers.”

Speaking on behalf of the Saldanha/Barboza family, British Labour MP Keith Vaz said, “We would like to thank the Duke and Duchess of Cambridge who publicly and privately have supported the family and always been of concern for their welfare.”

“These despicable and cruel actions have changed (the family’s) lives forever.”

Since the inquest the Southern Cross Austereo station expressed its “deepest sympathy” to Jacintha Saldanha’s relatives.

The radio station has reportedly donated  AUD$500,000 (GBP£278,000) and acknowledged that no amount of money could relieve the sense of loss suffered by her relatives, but said it was donating the money to a trust fund to “help them in the future”.

Greig later took to social media again saying, “To fellow announcers and DJs, I urge you to speak up if don’t feel comfortable and to consider the feelings of others when trying to make a joke.”

TOP IMAGE: Benedict Barboza (3L), husband of Jacintha Saldanha leaves The Royal Courts of Justice with his son Junal (R), family member Stephen Almeiida (2R), daughter Lisha, Member of Parliament Keith Vaz (C) and John Cooper QC (L) on September 12, 2014 in London, England. An inquest into the death of Jacintha Saldanha, a nurse who worked at the Edward VII hospital when she took a prank call from Australian DJs, has ruled that she took her own life. (Photo by Peter Macdiarmid/Getty Images)