People smugglers are reported to be offering to put asylum seekers in shipping containers to get them to Australia or New Zealand. 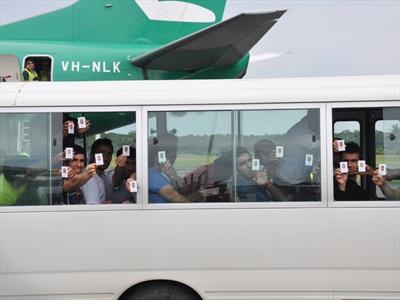 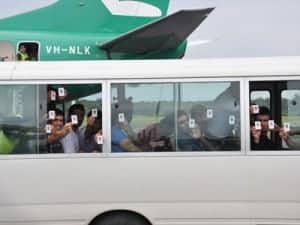 GREENS leader Christine Milne is horrified by the prospect of piles of dead asylum seekers being found in shipping containers coming to Australia.

People smugglers in Indonesia are offering to transport asylum seekers in sealed shipping containers to get them to Australia or New Zealand, Fairfax Media reports.

Senator Milne says the report demonstrates that cruel deterrence strategies are not working because increasingly desperate people may resort to even more desperate measures.

“What sends absolute shivers down my spine is…we’re going to find shipping containers on wharves in Australia and New Zealand and when they’re opened we’re going to find tragic scenes of a whole lot of people who have died,” she told ABC TV on Sunday.

“This is what cruelty does.”

She worries some asylum seekers could take the risk.

“I wouldn’t say people won’t do it, they’ll know it’s dangerous,” she said.

“They’ll want to believe that they’ll only be in them until they’re loaded on the ship and then allowed out.”

Shipping containers have been used in people trafficking operations in the UK and Europe.

“It was bigger than carbon pricing,” he told Sky News on Sunday.

“My advice to my former colleagues is absolutely crystal clear – you stick to the (PNG) Solution.”
Senator Carr warned new Labor leader Bill Shorten not to allow backbenchers to freelance and attack Abbott’s asylum seeker policy as inhumane.

“The electorate will read that … as Labor going weak on the subject,” he said. -AAP