Less than a week since Prime Minister Kevin Rudd announced his PNG solution the first asylum seekers have arrived on Manus Island for processing. 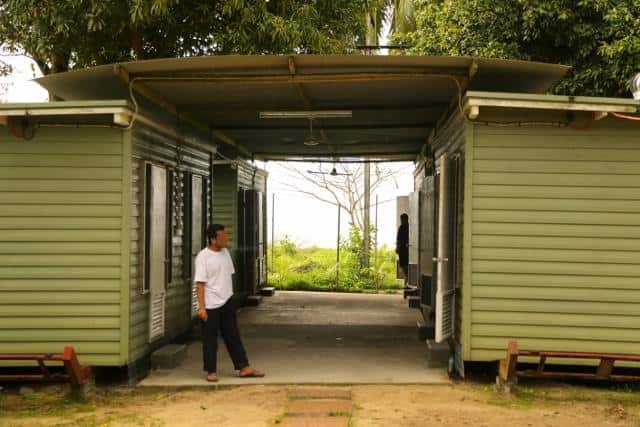 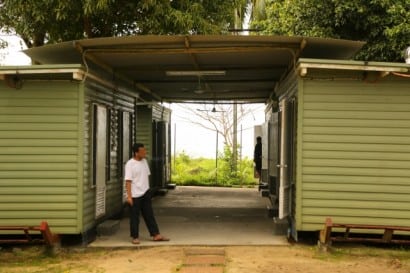 Around 40 men travelled from Christmas Island through bad weather and delays, arriving on Manus Island at around 7.45 Wednesday morning Australia time.

“People smugglers no longer have a product to sell. There is no point getting on a boat any more,’” Mr Burke said.

The men are said to be from Iran, Afghanistan and Pakistan with the youngest 18-years-old. Their bid for refugee status will now be outsourced to the PNG Government and if successful the men will be settled in PNG, not in Australia.

Since Kevin Rudd announced the policy last Friday marquee accommodation has been put up to house the asylum seekers. The site is also fitted with a field kitchen, wash block and laundry facilities.

Mr Burke told reporters on Wednesday that only single men would be sent to Manus Island until appropriate facilities for family groups were ready.

“My policy principle is that everyone will end up being sent offshore but they will be sent at a time that I am confident they are safe,” Mr Burke said.

Manus Island’s current capacity is for 3,000 asylum seekers which can be expanded if required the Immigration Minister said.

The Australian government plans to spend $30 million on it’s “You won’t be settled in Australia” campaign, dwarfing the cost of other government public information spending.

Launched on 20 July, the campaign will blitz radio, newspaper and social media. Advertisements will also appear in a range of “culturally and linguistically diverse newspapers”.

The Government will need approval from authorities in Iran, Afghanistan and Indonesia before it can launch its campaign in those key areas.

“Almost $500 million of Australian taxpayers’ money has been handed out for works that are completely unrelated to supporting the offshore processing centre in Papua New Guinea, in the form of hospitals, roads, and universities,” he said.