The Nauru “tent city” solution proposed by the Coalition has been blighted by claims that the visit to the island by Shadow Immigration Minister Scott Morrison and a News Corp journalist were sponsored by a private company who may profit from the policy. 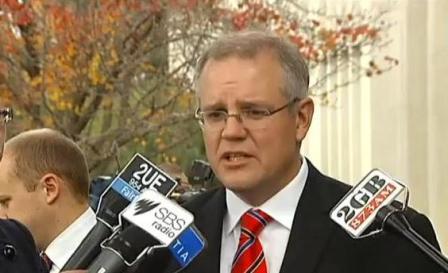 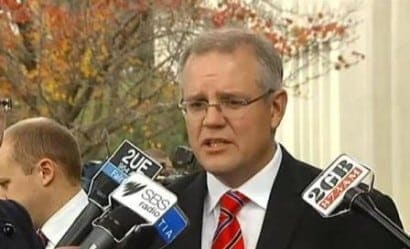 THE COALITION’S announcement to settle 2000 asylum seekers on Nauru has been marred by reports an exploratory trip by the Shadow Immigration Minister was funded by a logistics company set to profit from the deal.

Shadow Immigration Minister Scott Morrison travelled to Nauru with a photographer and journalist from News Corporation to reveal plans for the Coalition’s “tent city” solution. The trip was facilitated by Toll Holdings who also paid for News Corporation’s flights.

News Corporation chairman and chief executive Rupert Murdoch has been vocal in his support for the Coalition and contempt for Labor.

Toll Holdings would “build, own and operate” the camps and stand to make millions if the deal goes ahead.

The Coalition claims their “tent city” policy is a cheaper and faster solution then Labor’s plans to hold asylum seekers in Papua New Guinea.

Coalition leader Tony Abbott told the Seven’s Sunrise programme that Nauru was “quite a pleasant island” and “by no means an unpleasant place to live”. He also added that the “tent city” would be temporary part of a five year plan.

But the Coalition party has to win the election first.

A Twitter storm erupted following the publication of the Fairfax article revealing Toll Holdings had paid for the Coalition and News Corporation visit to Nauru.

Dodgy. Seems it’s not just people smugglers who are looking to profit from the desperation of refugees.

This is what members of the press had to say:

No man is in island. Except, of course, Scott Morrison, for who the smell tolls. Bad puns, but this stinks.https://t.co/0hjgyP7oNb

A very iffy arrangement Via everyone. – Monica Attard (@attardmon) July 30, 2013