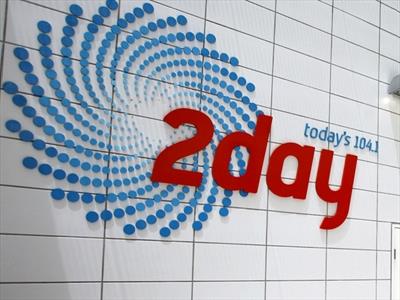 RADIO station 2Day FM claims it would be “extraordinary” to allow the Australian media watchdog to find it broke the law when it broadcast the infamous royal prank call last year.

But the Australian Communications and Media Authority (ACMA) says it’s entitled to hand down a finding in the public interest.

The Sydney broadcaster has gone to the Federal Court seeking to prevent the watchdog from finding the station committed a criminal offence or was in breach of its licence in relation to the December 2012 prank call, arguing it’s a matter for the courts to decide.

It did so after ACMA published a preliminary report into the incident, which has not been made public.

The prank on staff at the London hospital where the then-pregnant Duchess of Cambridge was being treated for severe morning sickness caused an international outcry after one of the nurses involved killed herself.

Jacintha Saldanha took her own life three days after 2Day FM’s Mel Greig and Michael Christian duped her into passing them on to a ward nurse, who gave out details about the Duchess’s condition.

An inquest into her death was due to be heard in the UK last week, but has since been delayed.

In July, UK police referred the matter to Australian police who are evaluating whether charges should be laid against Greig and Christian.

Bruce McClintock, SC, representing the station, told the Federal Court in Sydney on Thursday that some of the station’s workers have since been interviewed by police about the prank.

He argued if ACMA were to make a criminal finding against the station, it could interfere with the course of justice and would do “enormous damage” to the station.

He also argued the watchdog doesn’t have the power to make such a finding.

“The courts are the place and the only place where determinations of criminal guilt can be made,” Mr McClintock said.

Neil Williams, SC, representing ACMA said the case was so far from being about making a judgment of guilt that he and Mr McClintock’s arguments were like “ships in the night”.

ACMA was simply making a finding in the exercise of its regulatory powers, but as of now, there was no final decision and no criminal proceedings, he said.

“The idea this interferes with the course of justice is remote,” he said.