Top 5 reasons to move back to Australia now

Experts predict that this could be the best time to move back down under, with favourable exchange rates and the UK's impending winter. Here are their top five reasons to move back to Australia. 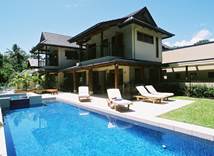 MOVING overseas can be extremely costly. However, with the Australian dollar currently at a low against the pound, but set to increase with the new leadership of Tony Abbott’s government, experts predict that this could be the best time to move back down under.

Jordan Tilley, Head of Alliance Partnerships for UK and Europe at UKForex, part of the OzForex group, one of the world’s largest online money transfer companies, offers five key tips on why now is an optimal time to up sticks from Britain to get back to the antipodean shores right in time for spring.

Moving abroad when the exchange rate is not in your favour can add considerable additional cost to your move. However when the rate is in your favour you can get much more for your British pound. In the heady pre-recession heyday of 2007, the Aussie dollar was priced at a whopping 2.54 AUD to the pound. After the financial crisis the rate fell to 1.4000 as interest rates in major economies, including the UK, were slashed and money pumped in to the economy.  Chinese demand for Australian commodity exports remained strong however which meant the local economy benefited and interest rates in Australia were kept high.  This attracted more money and the Australian dollar strengthened.  Today the Aussie dollar is low against the pound at a rate of around 1.6910  AUD to the pound as signs appear that the Chinese economy might be slowing. For Australians who have been resident in Britain but have decided its finally time to return home, this is a rare opportunity to get the best deal when exchanging money from the UK to Australia. Make your hard-earned money go further and ensure you get competitive exchange rates by using an international money transfer service such as UKForex.

2. Time for a property swap?

Although like the UK, the cost of living back in Australia is still relatively expensive, salaries back home are much higher than those in Britain, to cope with this high cost of living, so you can look forward to seeing a better salary enter your bank account each month. With the current strength of the pound against the Aussie dollar, now could be the best time to sell up (if you’ve bought property in the UK) and put your place on the market in order to be a cash buyer down under.  Like the citizens of the UK and US, property accounts for a significant proportion of wealth now in Australia. It’s believed that Australian banks currently have the most highly concentrated exposure to residential mortgages in the world, meaning there is lots to choose from!

As one of the largest land masses on earth and almost twice the area of the European Union, your home nation is one of the world’s least densely populated countries with only 23 million residents. Two-thirds of the people live in the five major cities, all located along the coast. As you’ve probably noticed, in contrast the UK population is getting a little crowded with a population topping 63.2 million. Of these, 8.2m are concentrated in London. With London’s population tipped to expand to more than nine million by 2020* – more than one million more than currently live here, it might be a good time to jump ship and get back to those clear open roads and unspoilt outback. Australian property reflects the country’s abundance of space, as housing is traditionally much larger and spacious than that in the UK with the added value of swimming pools — something you will have been hard pushed to find in London!

4. Sunshine back up your life

If it’s a while since you’ve been home, you may have forgotten just how incredible the Aussie climate is! Being so large that it experiences most climatic conditions, the country that experiences tropical monsoons as well as hot, dry summer nights is something you are likely pining for. With autumn now beginning in the UK it could be a great time to get back home and enjoy the continuous warm and temperature spring climate, particularly in the major coastal cities. Who can deny that a Christmas BBQ on the beach wouldn’t be a preferable alternative to the freezing snow and ice that has blighted British winters over the past couple of years? Moving back to Australia means you can always invite the friends you have made in Britain to visit you over Christmas time to bask in the festive sunshine!

Missed Aussie rules?  Australia’s formidable power as a sporting nation that consistently excels at Olympic level is something you won’t have experienced in the UK. Getting back home means you can reintroduce sport into your life in a way that wasn’t completely possible in the UK. Whether its playing rugby, cricket, rugby league, cycling, or just kicking back with a beer and watching the live games on TV, sport is much more a way of life back in Oz.

With the Rudd Government having invested in lots of grass roots sports initiatives such as the Local Sporting Champions initiative which provides financial assistance for young people aged 12-18 towards the cost of travel, accommodation, uniforms or equipment when competing, coaching or officiating at official national or international sporting championships, you can guarantee that your kids will be encouraged and supported in sport from a young age. And in a move that contrasts to the UK’s lack of investment in after-school sports, the Australian government has also recently established the Active After-school Communities (AASC) programme, a national initiative that provides primary school children with access to free sport and other structured physical activity programs in the after-school time slot. If you have a sports loving family, this could well be an attractive proposition!

* Figures from the Office for National Statistics show that the overall population of London will rise by 14.2 per cent to more than nine million by 2020 – more than one million more than currently live here.

Jordan Tilley is Head of Alliance Partnerships for UK and Europe at UKForex, part of the OzForex group, one of the world’s largest online money transfer companies.