by Nikita Cloete
in Move to Australia 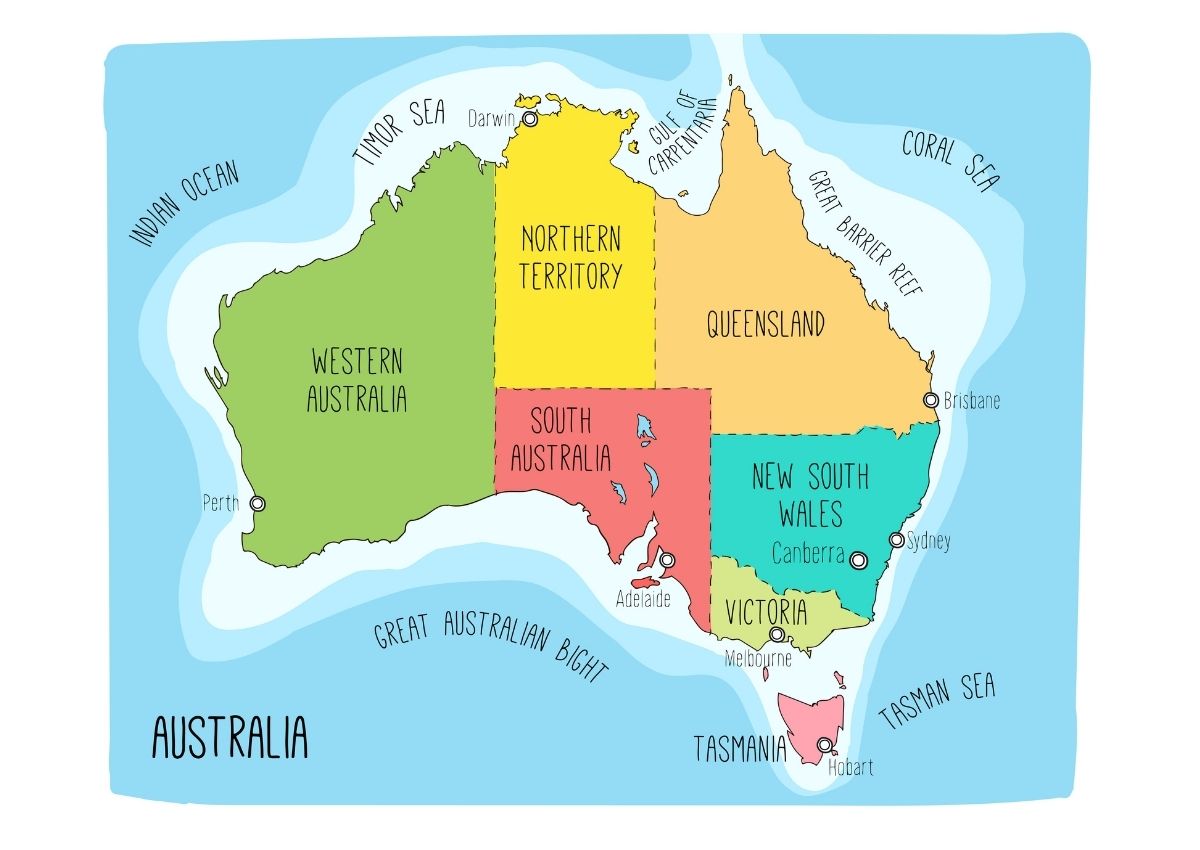 Each state of Australia has its own government, lifestyle quirks, breathtaking sights and (of course) sporting allegiances, which all contribute to Australia’s rich social tapestry. Knowing your way around the states is thus important to your move to Australia. Below we’ll share some info on Australia’s States and Territories.

NSW has the largest population of all the Australian states. It has numerous mountains, beaches, national parks and the biggest city and financial centre, Sydney. Mount Kosciuszko, the highest mountain in Australia, standing 2,228 metres tall, is in NSW.

“Ahh, Queensland – beautiful one day, perfect the next” the old tourism slogan goes and is still proudly proclaimed by the state’s residents.

Queensland is Australia’s home of surf and fun, with endless opportunities for fishing, diving and snorkelling (Great Barrier Reef anyone?). The Gold Coast, Cairns and Brisbane are the popular hubs for international travellers but more and more Aussies make the permanent move there every year.

Victoria is the most diverse state and referred to as the ‘cultural, sporting and culinary capital’ of Australia. Melbourne was recently named as the World’s Most Liveable City in the Economist’s Intelligence Unit Liveability Poll for the last two years.

The Twelve Apostles National Park is one of the state’s most popular tourist attractions.

Green and lush, the island state of Tasmania is the 26th largest island in the world, with 37% of its area comprising reserves, parks and heritage sites.

Hobart is Australia’s least-populous capital with only 214,705 people.

Occupying one third of the country, WA is the biggest of all six states in Australia and Perth is geographically the most isolated city on the globe.

The Western Australian economy is driven by rich mineral and petroleum resources, making the state the third-largest iron ore producer in the world.

South Australia shares borders with all of the mainland states as well as the Northern Territory.

Located within New South Wales, the ACT is a self-governing inland territory, created specifically to be Australia’s administrative capital.

Canberra, an entirely planned city comprising most of the ACT, was selected as Australia’s capital in 1913 after a compromise was reached between Sydney and Melbourne.

The Northern Territory is the least-populous of all of Australia’s states and territories, with the famous five million acre World Heritage Kakadu National Park well-known for its Aboriginal art and fabulous natural beauty.

We hope that you’ve found this article on Australia’s states and territories insightful!