Taking that first step on the property ladder

THE HARD NOSED TRUTH: Getting on the ladder is the hardest part but the sooner we take that first tentative step onto the property ladder, the better it is for our future financial well-being. 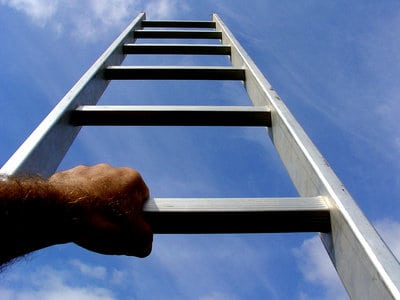 THE sooner we take that first tentative step onto the property ladder the better it is for our future financial well-being.  In an ideal situation we would all buy our first house or unit in our 20s, trade up to a bigger place seven years later in our early 30s and trade up again before we hit 40. After that, it’s just a question of adding to your property portfolio as your circumstances dictate.  But without that first step on the first rung, there will be no property portfolio later on in life.

If you’re reading this, it’s likely that you’re an expatriate.  One of the disadvantages of living around the world instead of our countries of origin is that we tend to lose touch with what’s going on back home.  This applies to all nationalities, not just Australians.  Here’s a cautionary tale that could apply to any of us.

Rick and Janet Wilkins are classic examples of expatriates who ascended the property ladder and have had a spectacular fall from it.

“We didn’t do our homework,” Janet said, “I just listened to this smooth talking English saleswoman, who told me the unit would double in five years because it was close to Cheltenham.”

“We are desperate to go home,” Janet said, “but until we’ve saved a big enough deposit, we’ll just have to hope that Rick’s job lasts the distance.  We have so many friends who’ve lost their jobs here [in Dubai] and they’ve gone back to a depressed economy in Britain or to Australia where they are forced to rent because they can’t get back into the market.”

“When I hear stories like this,” said Ken Regan from Australian Homebuyers International, “it makes me despair. But Rick and Janet should take heart from the fact, that banks in Australia are lending and that a 10 per cent deposit or even five per cent will get them safely back into the market.”

Government grants are also still available for Australian first time buyers, and applicable to those with a permanent visa.

If you are interested in finding out more about investing in Australian property, AHI has an open office at 8 Heron Quays, Canary Wharf, London.  Contact Ken Regan on +44 (0) 207 060 0066