THE HARD NOSED TRUTH: Australia’s property hotspots are there for the taking and according to a report by the property group Australian Homebuyers International (AHI), Aussie online property searches continue to grow. 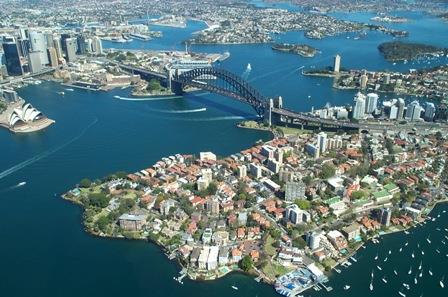 ACCORDING to a report by the property group Australian Homebuyers International (AHI) the number of searches for property abroad increased by 55 per cent in January 2011.  The searches showed people are increasingly looking for “immigration destinations” as opposed to those countries where people might be looking for a holiday home.

Searches for property in New Zealand for example, rose by 91 per cent and in Canada by 80 per cent.  But according to Ken Regan from AHI, the biggest rise is for property in Australia, which increased by a whopping 114 per cent.

The findings were echoed by other real estate websites, which said they had noticed a similar pattern.

“It’s quite normal for significant uplifts in January searches,” Mr Regan said, “as we find that people are much more likely to think about living abroad when it’s winter, and the end of what might have been another difficult economic year.”

“However, there has been a surge in searches for Australian property throughout winter. Our figures show that from October 2010 to the end of January, searches increased by 98 per cent.”

Regan said these figures send out a warning to Aussies living overseas.

“Australian expats might like to keep these figures in mind before delaying buying a house back home any longer.”

Australia has not necessarily discovered the secret of eternal prosperity, but, according to the Economist’s Special Report May 2011:  “the fact is that the country is a much bigger power than is sometimes believed. Out of the world’s 193 sovereign states, it ranks sixth in land area, 13th in economic production, 14th in defence spending and 50th in population.”

The temperate climate and English-speaking culture means it has long been a favoured destination for British and American expats. With two decades of unbroken growth behind it, record prices for its minerals and only six nations in the world richer, Australia is prosperous and largely overlooked.

In sharp contrast to Britain’s struggling economy and high unemployment rate, Australia weathered the recent economic crisis with barely a glitch and is very keen to recruit certain categories of worker. Australia has opened its doors again and is enticing Britons today.

Ken Regan said:  “It’s worth pointing out that it is not necessary to migrate first and then buy a house — it’s possible to buy right now. Unlike migrants or foreign buyers, returning expatriates have no restrictions about the type of property they can buy.  Even so we tend to recommend new build and house and land packages where the government sales tax savings can be significant.”

Sydney, one area of Australia attracting a lot of interest, is ranked number seven in the 2011 Economist Intelligence Report called The World’s Most Liveable Cities.  Sydney-siders will tell you that it is the ONLY city in the whole world in which to really enjoy living, playing and working.

Therefore, welcome to Sydney, perhaps Australia’s most cosmopolitan city. Sydney is home to some of the world’s most famous beaches, restaurants and cultural attractions. And apparently it’s real estate is something quite special.

According to Dr Andrew Wilson, a senior economist for Australian Property Monitors, we can expect the gap between Sydney’s house prices and those of other state capitals to widen as strong economic growth reinforces Sydney’s position as Australia’s commercial capital with growing demand for mid to high-price tag properties to emerge in 2011.

“In our opinion, Mr Regan said, “this is the optimum time to invest in Sydney real estate or other premium areas throughout NSW.  If it’s a buy-to-let investment, the rental market is very buoyant with 62.9 per cent of NSW’s population based in Sydney.

“The banks are lending again, there are government grants available to first time buyers and both expats and future migrants can build up significant tax credits by investing in property and structuring their portfolio to their best advantage  before they land in Australia.  There is no excuse for any Australian expat to get left behind on the property ladder, we can prove that there is a house and mortgage deal to suit everyone, no matter what their budget.”

Australian Homebuyers International is now based in Canary Wharf, London. Over the past 15 years they have gained global experience in markets as diverse as Iran, Hong Kong, Singapore, Dubai, West Australia and London. Contact Ken Regan on  +44 (0)207 060 0066 www.ahinternational.net.au