David Fuller, online editor at Halo Financial, explores what should be brought into consideration when looking at investing in property and moving to Australia.

by Promotions
in Move to Australia 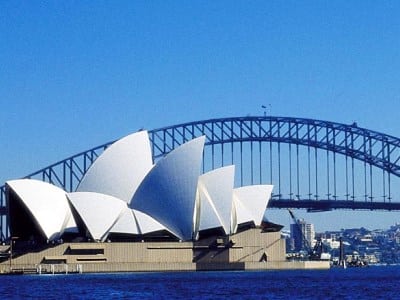 IMMIGRATION has played a hugely significant role in Australia’s history and it continues to offer long-lasting appeal to newcomers. David Fuller, online editor at Halo Financial, explores what should be brought into consideration when looking at investing in property and moving to Australia.

Although Australia’s property market did not emerge from the global financial crisis completely unscathed, it did not suffer as badly as markets in other developed nations did. In fact, by 2010 the market had rebounded so strongly that many experts believed Australia had the strongest property market in the world. Despite a mini-slump in 2011, the country’s housing market bounced back in 2012 with the median house price rising by a solid 2.1 per cent over the year. The market remained strong in the first quarter of 2013, and while prices in six of the country’s eight state capitals fell on a month-by-month basis in May, the national average house price was still 4.7 per cent higher than it was the same time last year.

Only permanent residents to Australia can purchase a house unless you receive special approval from the Foreign Investment Review Board. Generally, single people can borrow around three times their annual salary, while a couple can commonly borrow up to 4.5 times their yearly earnings. First-time buyers in Australia are entitled to a homebuyers grant of AUS$15,000 when buying a new home and AUS$5,000 when purchasing an existing home.

The two most traditionally popular emigration destinations have been New South Wales — the home of Sydney — and Victoria, where Melbourne is the major city. State and territory governments have in recent years actively pursued the immigrants most needed in their regions, resulting in greater variation in where migrants choose to settle. Western Australia and its capital Perth in particular have been the preferred choice of British expats for the past five years.

With Australia approximately 32 times larger than the UK, there are distinct regional variations in climate. Hobart experiences the fewest average hours of sunshine a year of any state capital (1,825), while Brisbane and Perth receive almost 3,000. However, the Northern territory’s capital, Darwin, leads the way with 3,285 hours of sunshine a year. In comparison, the south coast of England (the UK’s sunniest region) receives an average of just 1,750 hours. In terms of annual temperatures, the average ranges from 16.8oC in Hobart to 31.9oC in Darwin. London’s average is 11.7oC.

Superannuation is funded by Australian employers, who as of 1 July 2013, must pay 9.25 per cent of an employee’s ordinary time earnings into a ‘retirement fund’. This is set to increase in stages by 3 per cent between now and 2017. The type of fund differs for each employer, but must be registered and approved by the Australian government. It is also possible to add your money to the fund..

The Age Pension is funded by taxpayers and paid to you by the government. As of July 2013, the Age Pension was worth a maximum of AUS$733.70 a fortnight for single people and AUS$1,106.20 a fortnight for couples depending on income. In order to qualify for an Age Pension though, you must have lived in Australia as a resident or citizen for ten years. You can currently draw your pension in Australia when you reach 65 years of age, although this is set to change to 65.5 years of age in 2017.

It should be possible for anyone emigrating to Australia to transfer any existing state pensions. However, everyone’s individual circumstances are different so there is no one-size-fits-all answer to what action you should take. However once you move, your pension will be frozen either at the value you first draw it or, if you are already drawing it, at the value you are receiving at the date of emigration. This means you will not receive the same annual cost-of-living increases as those pensioners who are still living in the UK.

Although Australian salaries are fairly high, so too is the general cost of living; most British expats believe they do not fare much that better financially. However, the cost of living is affected hugely by where you settle — those who choose to live in the bright lights of Sydney can expect to experience a more expensive lifestyle than those who make the Tasmanian capital, Hobart, their home.

Six Australian cities feature in Mercer’s annual cost of living index, which ranks 214 cities worldwide in order of most expensive by measuring the comparative cost of over 200 items in each location (transport, food, clothing, cost of housing and entertainment etc).

This is how the Australian cities ranked in 2012 (the figures in brackets are where they were placed a year previously):

Halo Financial is a leading UK foreign exchange brokerage, offering a comprehensive range of services to individuals and businesses since its inception in 2005. The business prides itself on offering a flexible and personalised approach for each of its clients, simplifying the seemingly complex foreign exchange market to maximise savings in currency transactions and make money go further.