British migrants to Australia are loving the Aussie life, according to a new survey. 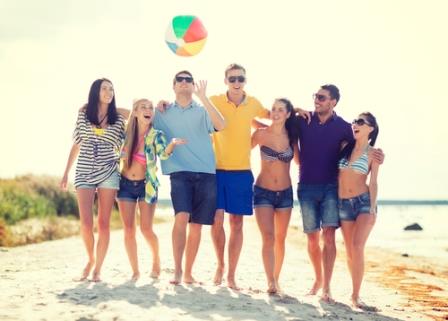 The annual NatWest International Personal Banking Quality of Life Index survey says British expats are living it up in Australia.

This survey, in its seventh year, showed Brits living in Australia are healthier, wealthier and generally happier since migrating to the Lucky Country.

The study found that nine out of ten Brits have said that their quality of life had improved since moving to Australia.

The number one reason for 82 percent’s happiness seems to be directly related to a better environment and improved quality of life for their children.  73 percent said their health had improved since their move and more than two thirds of the survey respondents said that they are wealthier in Australia with more disposable income while 88 percent rated the state of the economy as a notable improvement on what they were used to while living in the UK.

Australia’s great weather and sunny beaches means almost 9 out of ten Brits feels they have reason enough to stay Down Under indefinitely and 26% of the British folks on Australian soil are so in love with the country that they have already retired here.

Commenting on the survey, Dave Isley, Head of NatWest International Personal Banking, said, “It seems life Down Under really is the cream of the crop according to this year’s NatWest IPB Quality of Life Index.

The survey also showed that Brits making the move to Australia have never felt closer to home with 92% of those living Down Under owning three or more personal technology devices.

“It’s evident from our Quality of Life Report that social networking sites and apps have revolutionised the way in which British expats keep in touch with friends and family, as well as how they interact with their new social circle.

“The world of social media doesn’t follow the same rules as other forms of personal technology – there are no time zones to respect, there are no limits on how much multimedia can be uploaded, or how many people can be spoken to at once. And now that expats can access these social sites on-the-go through their smart devices, the opportunities to stay in touch with family, friends and interact with their local community are virtually limitless, said Mr Isley.