Aussie homes biggest in the world

Australian homes remain the largest in the world, figures show, but may have hit their peak - due to an ageing population and Gen Y indifference to home ownership.

by AAP
in Move to Australia 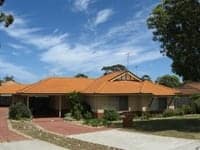 AUSSIE homes still the biggest in the world, for now.

The average floor area for Australian houses and apartments is the largest in the world at 214.1 square metres — almost three times the size of those in the UK.

They are 10 per cent bigger than in the US, and nine per cent larger than in New Zealand.

The Australian Bureau of Statistics (ABS) data was commissioned by CommSec, the Commonwealth Bank’s broking arm.

Figures for the nine months to March 2011 show the average size of an Australian home is five per cent larger than a decade ago.

The report said the US traditionally challenged Australia for the biggest homes in the world, but the average size of American abodes had shrunk 20 square metres since the onset of the global financial crisis in 2008.

The US census bureau reports the average size of a home is currently around 200 square metres.

CommSec chief economist Craig James said, except for a brief period in 2007, Australia had the largest homes (houses and apartment), according to data going back to 1999.

The US did have the biggest houses, but that changed in 2009 when Australia took the lead.

“Certainly it makes sense that Australia builds bigger homes than in other countries, given that population density is far smaller than in other parts of the world,” he said.

“It also helps to explain why homes in Australia cost more.”

Mr James says the size of Australian homes may be hitting a peak and there’s a demand for smaller apartments.

“The ageing population also points to less demand for bigger homes, with greater demand for smaller apartments, close to amenities.”

According to figures from the UK Commission for Architecture and the Built Environment, Denmark has the biggest homes (houses and apartments) in Europe with an average floor area of 137 square metres.

Homes in the UK are Europe’s smallest at 76 square metres.

Website Demographia.com reports the average new home in Japan is 132 square metres and a free-standing new home built in Canada is around 177 square metres.