Before arriving in London almost 12 months ago, I had already resigned myself to the prospect of a decent coffee free existence once UK based. All that changed with a visit to Allpress Espresso in Shoreditch, and the beginning of my love affair with antipodean coffee shops in London.

by Coffee Cult
in Lifestyle 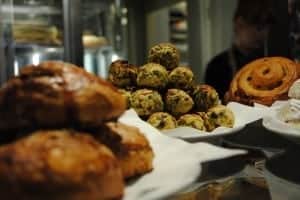 BEFORE arriving in London almost 12 months ago, I had already resigned myself to the prospect of a decent coffee free existence once UK based. There is a perception in Australia, spread through hushed whispers behind closed doors, that London is two beans short of a full cappuccino — that it can’t, or won’t, put on a decent brew for those who appreciate a finely poured flat white.

I’m sorry to say I bought into the rumours, the slanderous gossip spread by those back home trying to convince you to stay Down Under for fear you’ll go off coffee, convert to wheatgrass shots and suddenly start boring them with Facebook posts about your attempts to make raw vegan carrot cake.  What’s more, after a few initial disastrous experiences, I’m ashamed to admit I added fuel to the fire — fanning the flames of anti-London sentiment with my inability to find a good brew.

That is, until my friend took me to Allpress in Shoreditch, and I had the coffee that would become the first step of my long love affair with Antipodean coffee shops in London.

Though I have been back many times since (always ordering the same thing in the express rejection of Obama’s 2008 election campaign slogan), it is only fitting that this week’s Coffee Cult resulted in not one, but two, visits to Allpress in one weekend. Both times with Aussie out-of-towners I was eager not to let approach London’s coffee scene with the same misguided folly I was first afflicted with. 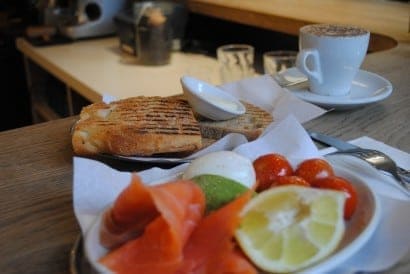 Two days, four ‘breakfast plates’, eight coffees and three satisfied customers later — Coffee Cult declares mission accomplished. Though there may well be other things on the menu (I couldn’t tell you what), you really can’t go wrong with the mix plate of fresh avocado, roast tomato, boiled egg, thinly sliced cheese and prosciutto, with toasted sourdough and rosemary focaccia on the side — all for £7. Simple, filling, delicious.

Busy. Casual chic busy. The place bustles with energy, a mix plate of people waiting patiently to order then squeezing themselves on hard to nab tables, along the bar to oversee the baristas at work, or onto the share table piled with papers.  Though, with its corner location on trendy Redchurch Street, there is also nothing better than grabbing a takeaway on a rare sunny day and perching on the outside benches to watch local Londoners heading to nearby Brick Lane.

It can’t get more Antipodean than being a UK branch of a brand already popular in New Zealand and Australia. Started by New Zealander Michael Allpress to supply roasted coffee to local NZ cafes, it expanded to Sydney with the help of Sydneysider Tony Papas before exporting the concept of quality roasting and good coffee to the UK. 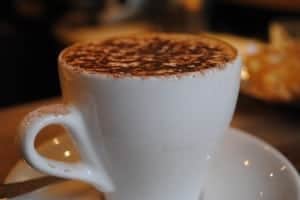 It was love at first sip all those months ago, and the honeymoon period shows no sign of abating. One of the vanguard of Antipodean coffee shops in London.