Whose script are you living?

ASTUTE AUSSIE IN LONDON | A scripted life could be holding you back from new experiences, as in the quest for comfort and safety we can become so habitual that we become stuck in our ways. Is your predefined script preventing you from living a full life? 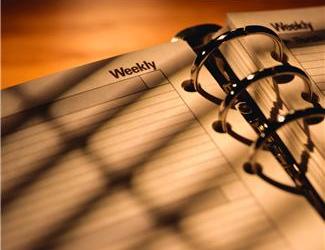 ONE THING I love about London is that not many experiences can happen twice in exactly the same way.  There is an air of randomness in London — sometimes unsettling and sometimes stupendously delightful. In Australia, I found that everything had a script: there was a certain way of being.  In the quest for comfort and safety, we can become so habitual that we become stuck in our ways.  When we are running businesses or heading for the C-Suite, being stuck in our ways is a disaster for creativity and innovation. What script is holding you back?

Sticking to the script

In Australia, I got up each morning at the same time.  I would follow the same routine. I got to my train station to catch the 7.57 am train to the city.  I sat in the same carriage with the same people and waited until my stop.  Sometimes I read, sometimes I listened to the world around me.  Most of the time I wished I was somewhere else. After work, it was a mad rush back to the station.  I was running to the same carriage to find my seat.  At my stop, I would run to my car and finish the rest of the script for whatever day it was.  Every script ended the same: going to bed to get ready for tomorrow’s script.  Each day of the week had its own script.  Any deviation felt wrong.

If this sounds or looks familiar, you are not alone.  Many Australians moved away from lives that were scripted in a way that did not suit them — scripts written by other people and incompatible with their own ideas.  At some point, most people are constrained by scripts written by family, friends, teachers, bosses.  Psychologically, we also take on certain roles in specific contexts — at a family reunion we might slip back into the Bridget Jones character; with school friends we may become the class clown again.

Many of these scripts stop people from succeeding and living the life they want. It can be difficult to break the mould because we form our perceptions of ourselves based on how we interact and relate with others.  Even if scripts are no longer working for us, they are so ingrained into our unconscious that we continue to live by them.  These scripted behaviours and beliefs can restrict our development, cause us to sabotage our success and live a self-fulfilling prophecy.  So how do you tear up the script and start living your life and career your way?

The first step is self-reflection.  Identify what role or roles you have taken on and how this is serving you. If you need support to do this, get it.  Coaches are a great resource and the return on investment is the freedom to re-write your script. Once you identify what script you are living, tear it up by doing something different.  Neuroscientists have discovered that changing the way you perform everyday tasks can help forge new neural networks and help you approach problems in more different and innovative ways.

There are many scripts in life.  If you feel your script is not working for you, this is valuable information.  Take the time to explore how your old script is holding you back.  By simply changing the way you perform one task, you can start to break old patterns and find creative paths to your success.