EDINBURGH EXPAT | The sun may be shining in Edinburgh, but here are three great reasons to stay inside with our resident expat’s top picks for the Edinburgh International Film Festival 2013. 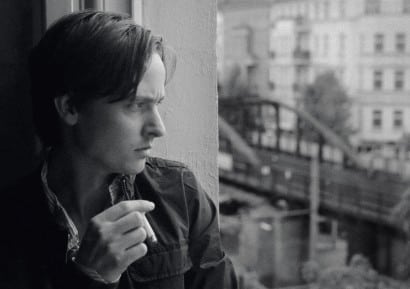 WELL, it’s that time of year again. The sun is making occasional appearances and trees are flaunting their newfound foliage while pollen levels creep to an all-time high. Yep, it must be summer, which means that Edinburgh International Film Festival is back for its 67th year.

Now here’s the thing. You can’t screen 146 features from 53 countries, including 14 World premieres, six International premieres and ten European premieres without gaining the attention of a few tourists.

Tourists; if you don’t spot them right away at least you’ll have plenty of time to think on it when you find yourself caught behind five dawdling strangers as they make their way down the street, spreading themselves comfortably across the footpath and linking arms as though forming some sort of a protest chain. Obviously they are protesting your right to get to work on time.

More on tourists next time. For now, let me offer my expertise on this year’s eclectic line-up of films. Whether you’re in the mood for some North Korean family fun or a double dosage of Sam Neil, you won’t be lacking choice at this year’s EIFF so much as you will be lacking legroom on the ten pound Megabus journey you take to get there. Regardless of how you make your way to the Scottish capital, if you are a lover of film and in Edinburgh from 19 to 30 June, here’s three to see at the Festival.

Director Zal Batmanglij might be relatively unknown, but for his latest film he certainly knows who to hop into bed with as Hollywood heavyweights Ridley and Tony Scott have come on-board as producers. No, this isn’t the premise; it is just one reason that The East stands out in a Festival relatively, perhaps deliberately, lacking in big name stars. The other reason to see this film IS the premise; a group of eco-terrorists wage war on corporations that they accuse of crimes against the environment. Few things are more terrifying to the establishment than organised hippies.

Forget Judd Apatow and his endless infatuation with the middle-aged manchild. Oh Boy tells the story of a young Berlin slacker who, after dropping out of University, struggles to leave behind the lazy student lifestyle. That is until one morning when his girlfriend dumps him, a psychiatrist declares him too unstable to drive and his father cuts off his allowance. All our hero wants is a cup of coffee but it seems even that is too much to ask. This German tragi-comedy tells a familiar tale but without Apatow in tow.

What was once a cult YouTube series has made its way to this year’s Festival as a feature; an underdog story that somewhat reflects the premise of the film itself. Dixie and his girlfriend Shell leave the comfort of their small Welsh hometown for London where Dixie hopes to achieve his dream of becoming the manager of a successful rock band. The reality of the music industry and expensive urban life quickly prove difficult yet the idealistic Dixie will stop at nothing. It is often the case that when a makeshift series gains this many loyal fan, they are usually on to something good.