The time of the tourist

EDINBURGH EXPAT | The Edinburgh Fringe Festival tourist is a vital cog in a delicate eco-system, as both the takers of patience and the givers of money. 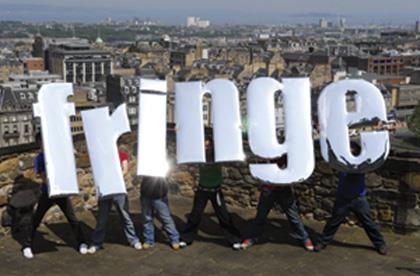 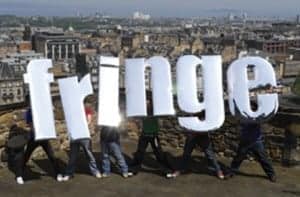 Edinburgh International Film Festival may be over but city’s summer of festivities has only just begun. To many this means a season of cultural indulgence in the form of film, comedy, theatre, music, art and more.

However for those of us unlucky enough to hold regular jobs in the Scottish capital during this year’s Edinburgh Festival, it becomes more a matter of leaving an hour earlier for work each day and getting home that much later.

Every year around this time the city’s population is said to double, which sees Edinburgh’s narrow cobblestone close streets and single-file sidewalks become congested with hoards of wide-eyed wanderers.

Now, let me adopt an Attenborough-esque tone as I describe to you — the tourist.

Tourists; the most carefree of all creatures. These slow moving mammals are both at the top and bottom of the city’s food chain. On the one hand they are out of their element, far from home, in an unfamiliar setting and at the mercy of predators such as the disgruntled local. On the other hand there is safety in numbers and their congregation in one single place over the summer becomes the very reason some of us have jobs in the Scottish capital to complain about. Tourists are both the takers of patience and the givers of money. Oh what a delicate eco-system we’ve got going here in Edinburgh.

I know, I know, I sound so spiteful, right? Well allow me to shock you with the M. Night Shyamalan-ian twist that you didn’t see coming – clueless tourist; I am one.

You should have guessed this from the thick Aussie accent I am writing in, or the fact that I am writing to you as an expat, for an expat newspaper.  Either way, if you’re reading this chances are we have all been tourists at one point. While I personally would like to think of myself as the good kind of tourist, the one who embarrasses himself by attempting to ask for directions in another language or who actually reads the informative plaque below the monument I have just taken fifty pictures of, I’m afraid to say that my collection of photographic memories often proves otherwise.

As an expat I have naturally taken advantage of the combination that is budget airlines and the UK’s close proximity to mainland Europe and therefore have done my fair share of travelling. It usually isn’t until I have returned home and started taking that nostalgic stroll through my photos that I start to notice the hate-filled glares of locals in the background.

Suddenly it all comes flooding back. “Look, here’s a picture of me holding up an entire crowd of passers-by as I pose in front of Notre Dame. Wow, don’t they look annoyed. Oh and here is a photo I took of an interesting shopfront window in Spain. See the evil eyes of the owner as he stares at me from between two bits of hanging jamÃ³n?”

It seems no matter how hard you try to avoid it, you’re holiday is bound to intrude on someone else’s daily routine and I’m afraid for all my experience in both being a tourist and dealing with tourists, on this point I still have not reached an ultimate solution.

All I can tell you for sure is that if you happen to wander into my place of work during this year’s Festival and tell me that the hand dryer in the men’s room isn’t working or your pasta bowl is too cold, well, don’t expect to receive much more than an evil stare. You see, I am only working here to save money for my next holiday where it will be me complaining about the faulty hand dryer to someone equally unpleasant.