SUBCULTURE SLEUTH | This week our sleuth practices the London art of patience when faced with a swarming mass of tourists. 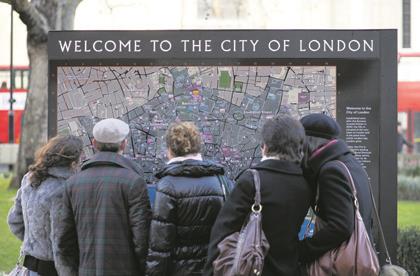 THERE are a number of reasons that I don’t often find myself roaming the streets of Soho or dodging traffic at Piccadilly Circus. I mean, I have no real interest in musical theatre and my wallet doesn’t really appreciate being taken advantage of by insultingly overpriced drinks. There is another reason that supersedes them all, however, and has the potential to send me into a seething rage: I have a burning hatred for tourists.

Let me start by saying that I am well aware that it is ridiculous for an Australian living in London saying that he hates tourists. It is blatantly hypocritical since, after all, we are tourists in some sense as well… aren’t we?

I could blame my Australian upbringing for my vendetta against tourists. I grew up on the Gold Coast where tourist areas are overrun by tacky gimmicks like Meter Maids and tacky souvenir shops, and we are forced into a tentative coexistence with the gaggles of tour groups that simultaneously support our economy and disturb the natural equilibrium.

I do not think that is the real reason for the tension I feel whenever I am in the tourist heartland of London. I think there is something more behind the dark cloud that comes over me whenever I am stuck walking down Shaftesbury Avenue behind a group of tourists that seem to think an inch-by-inch shuffle is acceptable.

I think many of us would have realised when we first came to London that the locals do not have a lot of patience. In Queensland you would have no qualms waiting half an hour for a train, whereas over here anything more than two minutes is enough to send you into a fuming rage. We all say that we will never be as impatient as the local Londoners, however over time we all end up going native.

I blame my lack of patience with London tourists on the aggressive impatience that I have picked up since being in the city. I will noisily stomp around a slow-moving pack of tourists, or cross the street in front of moving traffic just to get away from a school group waiting for the lights to change before they invade Trafalgar Square.

Australians living in London may be from another country, thousands of miles away. But the key word is “living” — we aren’t tourists, not really. What does this mean in practice? It means that we have just as much right to angrily dart between slow-moving theatregoers in Covent Garden as any of the locals, damn it.