SUBCULTURE SLEUTH | A rivalry as old as time, the London cross-city divide, takes on a whole new dimension when you add Australians to the mix. 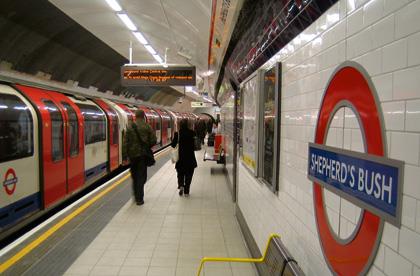 IT is a rivalry that is as old as time itself. The dispute has caused conflict and untold heartache. It has divided former friends down partisan lines, and has imposed an invisible yet impenetrable barrier straight through the centre of one of the world’s oldest and most culturally rich cities. It’s the east-west divide.

It’s most significant impact, however, can be felt within the Australian community in London. It is only a matter of days after arriving to try your luck in the United Kingdom before you are forced to answer the question that will define your London experience: are you an east London person or a south/west London person?

You can find Australians scattered throughout Greater London, from Wimbledon in the south to Enfield in the north, and from Dagenham in the east to Hounslow in the west. Despite our proliferation throughout the city, we have traditionally been found in two distinct enclaves: the southern region around Clapham and the western region constituted by the Hammersmith, Fulham and Acton bubble.

Comparisons made by native Londoners are usually between the more affluent west London and the working class (yet increasingly trendy) east London. It would be a crucial mistake to think about the Australian community in London in this way: to ignore the bustling community around Clapham would be to ignore the realities of modern London where you could throw a stone in south London and hit three Australians wearing shorts in the middle of winter.

You cannot underestimate the division that even the south/west rivalry can cause in a group of friends. A night of cheap beer at the Belvedere could not lure a Clapham local to Acton, and getting home from Infernos is enough to put any Fulham resident from having a late night in the south.

However, add the east of the city to the mix, and you might as well be talking about Glasgow in the eyes of some Australians. I was speaking to an Acton-based friend recently and mentioned that I was considering a move to Bow or Bethnal Green to try out the eastside of the city. She said it was unfortunate, because we wouldn’t ever get to hang out. I was flummoxed, and told her I was only going to the other side of town, a mere Tube journey away.

“In a city like London, the east might as well be on a different planet,” she said.

The walls have gone up around the Australian enclaves in London, and it seems that living outside the West London bubble or Clapham is tantamount to finding yourself excommunicated from the Aussie community.