EDINBURGH EXPAT | If part one of our top summer in Scotland activities didn’t help you turn that translucent skin a healthy shade of pink, this week’s best of list should do the trick. 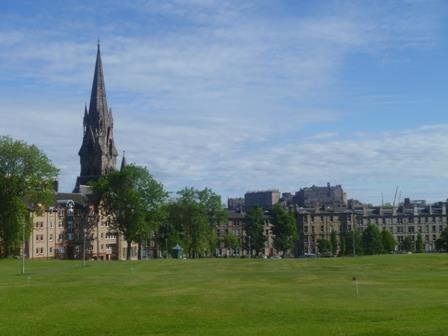 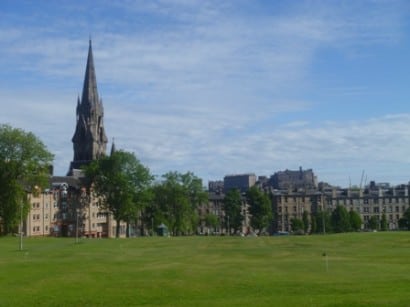 Seeking sunshine in Scotland | Part one

WE AREN’T exactly sipping Bombora cocktails out of coconut halves here, but it seems that summer is well and truly on its way. How do I know this? Well, apart from the oddly precise date marked on the calendar (21 June as opposed to the much more relaxed attitude in Australia of “when December starts”), I also find myself donning shorts and opening windows. Plus, I’ve come to terms with buying a summer jacket, which to me always sounded like the very epitome of an oxymoron but turns out to be an actual thing here in the UK. And now I have one.

Last week I brought you a column describing a few things you could do in Edinburgh when the sun makes an appearance. Going to the beach, having a BBQ, sitting outdoors for a pint — all of those activities that come instinctively to anyone who is familiar with summer in Oz. Still, with the long winter we’ve just had, I felt it was worth reminding people. This week however I have dug a little deeper and found a couple more things to do in Edinburgh on a rare sunny day.

Let’s start with the good ole Scottish pastime, golf. It is a game that has been designed to be played in the worst of conditions. However for the half-interested punter like myself it becomes all-the-more tolerable a sport when the weather is fine.

Having invented it, it would only make sense for golf to be accessible to all living in the Scottish capital, which is why the city of Edinburgh has dedicated 35 acres of its centre to a practice green. Bruntsfield Links don’t provide a big enough space to perfect your drive, but they also aren’t purely for putting. Instead these links are somewhere in between and the course has proven to be a great place to relax on those sweltering 25 degree summer days.

But be warned – due to its central location this course is dissected by footpaths so make sure you don’t hit a passer-by with a wayward chip. Playing golf across a walkway seems like a ridiculous idea I know, but I haven’t seen anyone get hit yet, so the system works.

If you are looking for something a little more extreme than golf (as if there is such a thing), you could always catch a city bus to the UK’s biggest artificial slope. Located in the Pentland Hills Regional Park, just outside Edinburgh, the Snowsports Centre gives those seeking a mild, artificial thrill a place to ski, tube and snowboard for 50 weeks of the year. Who knew that snow sports could be successful without mountains, or snow?

Finally, for those who have better sense than to work up a sweat on a relaxing summer day, you could spend some time at Edinburgh’s Camera Obscura. Nestled in top of a Victorian rooftop chamber and located beside the Castle in the heart of the city, this exhibition provides you with some interesting, unique and guided views of Edinburgh streets as seen through the eyes of a giant periscope. Despite this age of modern technology, all that is required for some spectacular panorama views of the city are mirrors, some lenses and daylight. Yep, daylight, so best save this one for cloudless skies.

There you have it, a handful of things to do if you happen to see the sun on your visit to the Scottish Capital and while we might have to wait a whole two weeks for summer to officially start, we can keep ourselves occupied by mulling over one simple question – whatever happened to spring?