SUBCULTURE SLEUTH | Whether you are chav or posh boy, hipster or hooligan, Australian or Brit, there is one thing that men across the world have in common — image is everything, especially in a cultural melting pot like London. 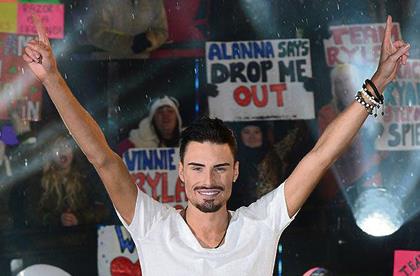 WHETHER you are chav or posh boy, hipster or hooligan, Australian or Brit, there is one thing that men across the world have in common — image is everything, especially in a cultural melting pot like London.

A trend has emerged in recent times taking this urge to fit into society to another level entirely: man-scaping.

Dressing to match your chosen peer group is one thing, running the spectrum from tracksuit to top hat. Man-scaping, however, focuses on the more delicate and subtle aspects of a man’s presentation. Plucked eye-brows and fake tan complement the frosted tips and, on occasion, ‘guy-liner’ that has been carefully selected to ensure the modern man is at his aesthetic peak when facing the world.

It would be easy to blame over-the-top British television programs like The Only Way Is Essex and pseudo-celebrities like Rylan Clark for this boom in the popularity of man-scaping, but let’s be serious for a moment. This trend began long before TOWIE premiered and when Rylan was still working in a Take That tribute act in Tenerife.

Both Australian and British men man-scape because they have discovered the secret that has eluded our gender for eons: getting dolled up makes you feel good.

In the name of investigative research, my housemate and I discovered some waxing strips in the back of our share-house cupboard that appeared to be long-forgotten, and thought we would see what the fuss was all about. We heated the wax and delicately applied the sticky goo to our thighs.

Our female housemates gathered around, some cringing and others barely hiding their gleeful giggles. We gave a masculine grunt as we pulled the strips off in sync, covered in enough hair to make a rather luscious wig.

They may have laughed at the time, but our female housemates were not laughing for long: our legs still sported the bare patches weeks later, and their jealousy at our ability to maintain our wax was obvious. Sorry girls, maybe us boys were just born to be glamorous.