UK SUBCULTURE SLEUTH | It is difficult to ‘come out’ in such a public forum, but it feels good to get it off my chest after all this time. 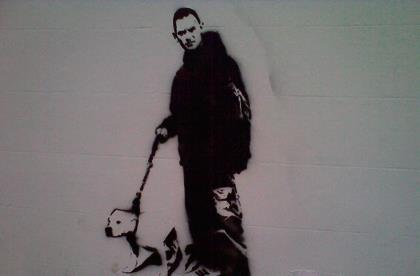 IT is difficult to ‘come out’ in such a public forum, but it feels good to get it off my chest after all this time. Before moving to London I did not even know what a chav was: I thought it was somewhat like we in Queensland would call a ‘bogan’ or my Sydney friends would refer to as a ‘westie’. It conjured up images of dodgy haircuts, bad teeth and violent hooliganism.

But what is a chav really? It is a relatively new term, with its first recorded use on an internet forum in the late 1990s. It is believed to have been derived from the Romani word chavvy, meaning ‘youth’, although an alternative explanation claims that it is an acronym for ‘council housed and violent’.

I feel a deep spiritual connection with my chavvy-London neighbours. No, I am not what an Australian might call a ‘bogan’ and I am not exactly a ‘lad’ either. Despite this, I feel as though I made an almost immediate connection with these heavy drinking banterers with their matching Adidas tracksuits and inability to filter their bad language. Call me ‘The Chav Whisperer’.

We have a lot in common. I enjoy spending my afternoons engaging in quality banter at a pub. I believe trainers are acceptable footwear in virtually any situation. I swear as a form of punctuation and have been known to say ‘phwoar’ if a good-looking girl walked by. I firmly believe that Plan B is an artistic genius. Hell, Tulisa is number one on my top 5 fanciable celebrities list (don’t scoff, you know you all have a list!)

It’s undeniable that I have gone native. I am a chav.

I found myself lost and wandering around a North London council estate recently, when I came across a group of young chavs loitering at the end of an alleyway. Admittedly not the best situation to find myself in, I intended to leave them to their business and continue my aimless journey.

“Oi bruv, you lost innit?” yelled one of the boys as a walked by. Indeed I was, I told them, and did they know where I could find Highgate Cemetery? Not only did they point me in the right direction, I received a guided escort through the estate because it was a shortcut. I wasn’t mugged, or the victim of a random act of violence.

I was just pointed in the right direction, innit?

Paul’s survey of UK subcultures continues next week when he tries to hang with the Hipsters.