Embrace the space, or lack thereof

EDINBURGH EXPAT | Australia was established as a penal colony because there was no space left in the correctional facilities in Britain. Centuries later the lack of space in the UK continues to present challenges, as our Edinburgh Expert is all too aware. 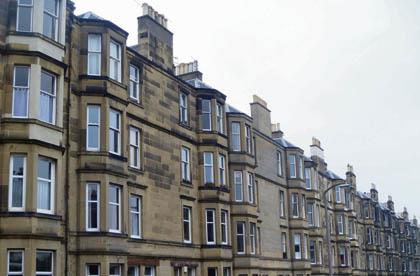 AUSTRALIA has a lot of space. Britain has less.

I know what you’re thinking — if there was an award for the most unoriginal thought, I’d be runner-up, pipped at the post by America’s version of The Inbetweeners.

When moving to the motherland one’s concept of space is redefined with a mixture of good and bad results. When faced with limited space, you find yourself susceptible to real-estate terminology in an attempt to make the situation bearable. A wee pub with no free seats is not crowded so much as it is “cosy”, and replacing your own car with public transport becomes an “environmentally conscious urban life choice”. Think about the latter, the next time you’re standing on a bus with ten bags of groceries. It helps.

While there are many aspects of UK city life to embrace and enjoy, an abundance of space isn’t one of them. But just as I didn’t move from Australia to Britain in search of sunshine, I didn’t come here to stretch my limbs.

Living in Edinburgh, like any urban centre, has meant doing away with the luxuries that I have become so accustomed to in Australia, particularly having space. Of course a city centre is always going to be cramped both here and at home. However, where it is possible to rent an entire house in Brisbane, backyard and all, and still be near the main drag, Edinburgh offers you a shoebox.

Stack one hundred of these bad boys on the same block and you’ve got yourself a beehive. Your kitchen now doubles as your laundry, your bedroom becomes your lounge room, and the ironing board is used as an office, dining table, a freelance shelf, a footrest — basically everything but ironing. Who irons? So small are these spaces that a loud conversation between your immediate neighbours becomes the backing track to your love life. Though to be fair your love life has been the backing track to their breakfast on occasions.

It’s not all bad. Compare the lifestyles on offer in Australia and the UK. While I may have lived close to Brisbane’s city centre, getting to University took twenty minutes by car and an hour by bus. Work was a further twenty minutes away, and the local cinema was a thirty-minute drive from the centre. By Aussie standards this is considered close by. The two big questions of daily life were how am I going to get there and wont someone be my designated driver? Compare this to Edinburgh, where I walk. Everywhere. Why? Because my new “environmentally conscious urban life choice” enables me to do so.

I suppose what it all comes down to is making the most of the space you are given. It is a message that can be applied to all aspects of life. Take this column for instance. A skilled writer is able to articulate a point in the limited space allocated to their article, whereas a poor writer will run out o-