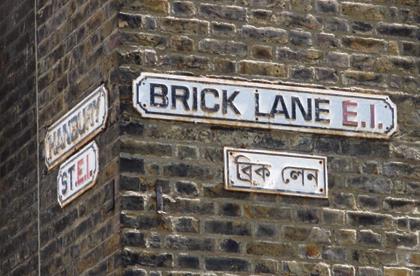 THE first time I went there, I thought that I must have been in the wrong place. I had heard about the famous Brick Lane for years — a vibrant urban heartland of Bangladeshi cuisine and culture.

I think I expected something like you see on the fringes of Chinatown, where a distinctive red archway and paper lanterns left you in no doubt as to what part of town you were in.

Brick Lane is not like that at all. I missed it the first time, and ended up wandering aimlessly down Whitechapel High Street. I was forced to double back, wondering how I had overlooked one of London’s bastions of culture. Eventually I found it: the culinary and cultural zone was hidden behind a non-descript and thoroughly unimpressive faÃ§ade.

I am originally from the Gold Coast — a place that many people refer to jokingly as “the most Anglo place in Australia”. Before moving to London I didn’t know just how true it was, although now that I do know I feel like I have been cheated of bright coloured saris and delicious vindaloo for far too long.

It is difficult to imagine modern London without pausing to consider the impact that the significant Bangladeshi community have had on the city’s culture. The thriving centre of Asian culture is only a few miles from the traditional heart of the British Empire in Westminster. However the disparate cultures seem to blend seamlessly together, reflecting the diversity that exists within London.

Some might find walking down Brick Lane and fending off the hawkers outside each restaurant to be traumatising. I disagree. I love the hustle and bustle of running the gauntlet in Brick Lane, palming away discounted offers and drink specials on a single-minded course for my personal favourite restaurant like a proper local.

Since coming to London I have spent many a hung-over Sunday at a corner table in Aladin Brick Lane, sweating out my toxins over a particularly spicy phaal while watching the world go by. I may have walked past Brick Lane once before, long ago. I would never make the same mistake again.