Community must answer when victims get blamed

One can only imagine the distress and heartache that Jill Meagher’s family and friends surely experienced in the long days following her disappearance. Not knowing what may have happened to her, who might be involved and when they may see her again, there was, in that time nothing for them but unanswered questions and unrestricted fears. 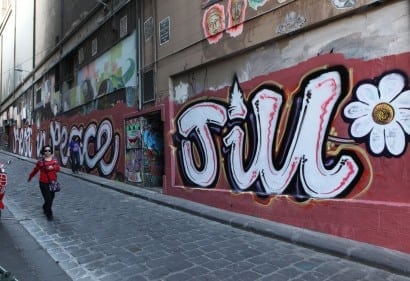 One can only imagine the distress and heartache that Jill Meagher’s family and friends surely experienced in the long days following her disappearance. Not knowing what may have happened to her, who might be involved and when they may see her again, there was, in that time nothing for them but unanswered questions and unrestricted fears.

Now those worst fears have been realised, with the discovery of her body and a suspect facing court for her alleged rape and murder. A community left asking how did this happen, to a 29 year-old woman walking home following after-work drinks on a Friday night — not particularly late, and in a not particularly dangerous area.

In the days leading up to this unimaginable discovery, where the primary and only question should have been where is she, it was distressing to me in the extreme to see some of the commentary emerging in the mainstream media and social sites. Imagine, if you can, if it had been your sister, daughter, wife or girlfriend missing. On top of waking daily to the nightmare of her being gone, you also wake to have people in the community questioning whether she herself might somehow be to blame for it.

Comments appeared on Facebook on a page dedicated to finding Jill, suggesting that she was “obviously drunk”, had obviously “lead someone on” [sic] and “the consequences followed her”. This person even wrote that “in my opinion….she met with foul play as a result of her actions inside the pub/bar”. Before you excuse this as a ‘lone nutter’ abusing the social media forum to make himself feel he had an opinion worth sharing, there were similar displays of moralising in talk-back radio and mainstream media.

What this demonstrates, apart from a disgusting lack of respect for the victim, and her family and friends, is a pervasive attitude in our society towards women victims that leans towards attributing some level of blame onto their shoulders. This is particularly so where there is the slightest suggestion of the woman in question demonstrating a level of independence not consistent with ‘traditional’ stereotypes. Why was she out drinking without her husband, people asked. Why, I ask, was this even relevant to the question of her missing. Why should a woman, any woman, not be entitled to go out alone with friends, and then walk home alone, without fear or blame. Is this not something we as a society should expect of ourselves and of others?

Instead, as Clementime Ford has so aptly noted at the time, that despite the fact Jill was still missing “some folk are still relishing the opportunity to remind women that if they don’t want anything bad to happen to them, they should be more careful about drinking/staying out late/talking to strangers who aren’t their husbands/wearing suggestive clothing/walking while female/having a vagina in the first place.”

Indeed. Somehow, the discussion had subtly shifted from finding Jill, to an opportunity for some to once again waggle their fingers at ‘naughty’ females, reminding them instead that their place is at home, in the kitchen, where it’s safe. It is now our job to shift it back to a more constructive discussion on how to prevent this kind of mindless violence, without laying blame on the victims themselves.