Delicious breakfasts, satisfying portions, expertly presented and efficiently delivered. With quality coffee to precede, and follow (it is a Monday after all), Lantana is an excellent way to start the week. 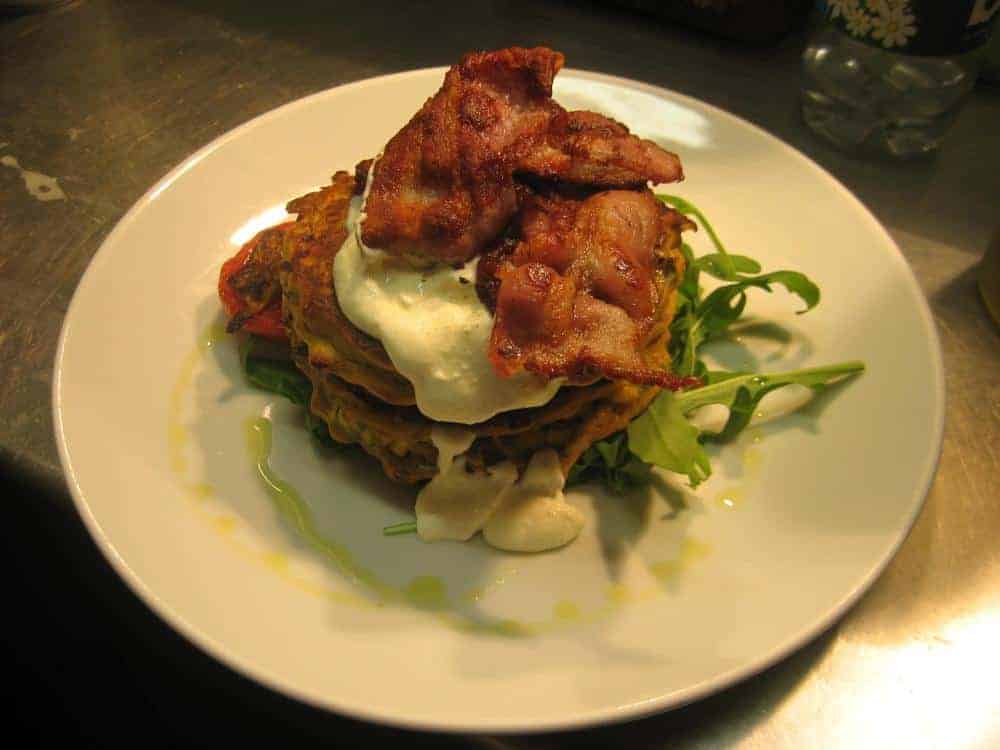 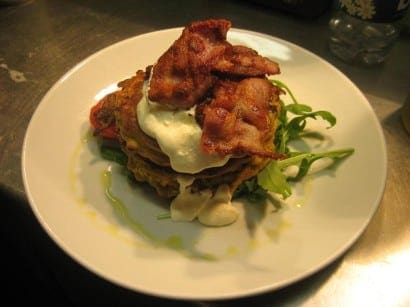 SPRINGTIME. Trees gently sprouting new life, birds gleefully emerging from their nest to herald the advent of warmer weather. The days become longer, and people happier as they break their winter hibernation, shed their coats and greet the city with new energy and enthusiasm. Right? RIGHT? Well, that’s how it usually goes in Australia….

With spring now officially upon us in London, Coffee Cult had in mind a similar transition for the column. Mornings spend pouring over newspapers and extra hot cappuccinos in the hidden corners of warm and cosy cafes would give way to long laughing brunches sitting in dappled sunlight on wooden benches inconveniently arranged on the city’s pavements. A bowl of granola with fresh spring fruits would complement the occasion as we gazed in wonder at that mysterious bright shiny orb in the sky, and burnt our skin a healthy tinge of red.

A location was picked, a Saturday morning set aside. That is, until we woke up to a text from Australia. ‘Unusual UK weather has made the Aussie news’. Excuse me, sorry, whhaaat? It was snowing. Snowing. In spring. And as the glittery white dust fell, stifling the valiant efforts of the grass to poke gamely from the ground, so too did it extinguish the last remaining sense of hope I had of ever being warm again.

A Monday morning pre-work breakfast is an entirely different endeavour to a long weekend brunch. It requires an immediate and much needed injection of caffeine shortly after arrival and a quality breakfast to start the week off on the right foot.

Down a laneway off Goodge Street, Lantana does a bustling trade on the weekday mornings. A long procession of suited, or otherwise attired, office types keen to get their hit in before disappearing into the hidden warrens of Fitzrovia’s laneways.

Lantana ‘In’ is packed, a queue already forming almost out the door. Or it would go out the door if it wasn’t too cold to keep the door open. Lantana ‘Out’ caters for the overflow, doling out takeaways to those who can’t, or won’t, put in the hard yards to get a coveted seat. Coffee Cult manages to stare down enough dawdlers still trying to pretend it’s the weekend, and nabs a seat in the cosy upstairs area. 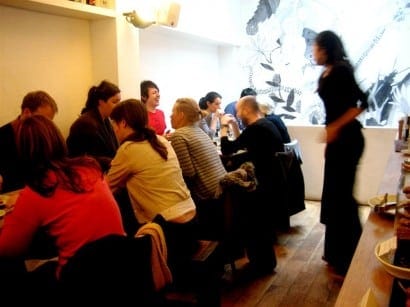 The coffee is spot on. Clearly the work of those who know what they’re doing, and have been doing it for a long time.

The breakfasts are equally impressive. Toasted banana bread with raspberry coulis is incredibly tempting, as is the poached eggs and big pile of mushrooms whisked past my nose as I hungrily take up residence by the door waiting for my time in the metaphorical sun. In the end, I can’t go past starting the week with a stack of perfectly cooked corn fritters. It comes with roasted tomatoes and a delicious tangy avocado lime salsa, unusually but surprisingly well balanced with a dollop of crÃ¨me fraiche. 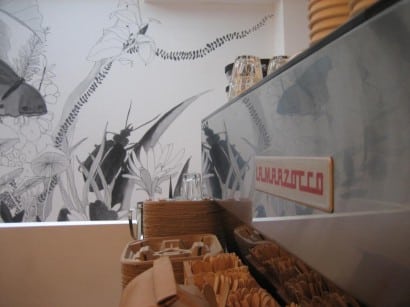 It can’t get more Aussie than being named after an iconic Australian plant. Well, actually a flowering weed that won’t let our sunburnt country out of its hardy clutches, but who’s quibbling. Lantana is owned by Australians, named in ode of something quintessentially Aussie, and even has Vegemite on the menu. Coffee Cult thinks it fulfills the credentials.

Delicious breakfasts, satisfying portions, expertly presented and efficiently delivered. With quality coffee to precede, and follow (it is a Monday after all), Lantana is an excellent way to start the week. With a warm friendly interior, it might even help you for a moment forget the damp chill outside, and whisk you away to an Australian spring. You know, the kind with sun.