Experience the London of the silver screen with a trip to Hampstead, where the food is always fresh, the coffee spot on and the cobbled alleyways teaming with people with movie-star good fortune. 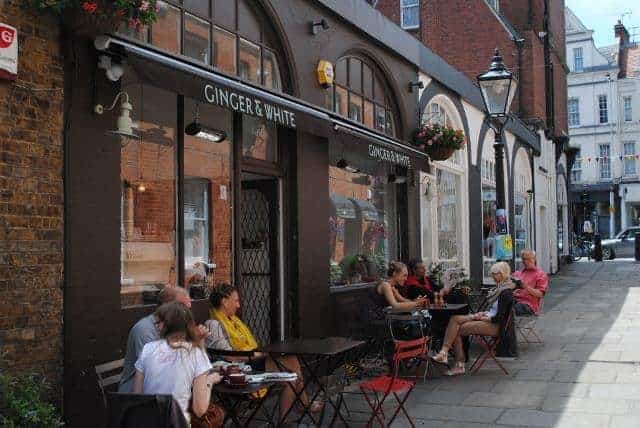 THERE IS a moment in Bridget Jones Diary (the book, not the movie) where on an unusually seasonable day Bridget takes herself to the ponds in Hampstead Heath, and soaks up the lazy atmosphere of people languidly drinking and laughing in the sun. It is the literary inspiration for Coffee Cult’s move to London in a misguided search for a certain type of lifestyle. One full of lazy days in the park, dips in the pools and chilled glasses of rose sitting in deckchairs in the late summer evening. However, it’s been a mood and a moment we’ve yet to experience, because of one crucial missing ingredient — the sun.

And then, last weekend happened. Summer finally arrived, and we all got to see the sort of London described in books, and depicted in Richard Curtis movies. And there is no better place to experience this kind of London than the hilly community of Hampstead. It’s the sort of place where the people wear perfectly pressed chinos and have adorable blue-eyed children called Rosemary and Charles. They winter in Chamonix, and summer in the south of France, and the time in between is spent wandering down Hampstead’s quaint cobbled alleys, eating, drinking, laughing and tossing their glossy hair.

Coffee Cult last went to Hampstead in winter, to have Christmas dinner at the delightfully traditional Holly Bush. Climbing through the narrow streets, there were honest to goodness carollers and streams of fairy lights casting soft shadows on the rosy-cheeked locals. Now summer has finally arrived, and the snow has been replaced with sunshine, the carollers with crowded tables covering the footpath, and the rosy-cheeked locals are now St Tropez sun-kissed. One place still remains, churning out quality coffee and knitted egg cosies for the movie-set inhabitants of this small village — Ginger & White.

The Connection & The Craic

We’ll admit it. Coffee Cult is insanely jealous of the owners of Ginger & White, one of whom is a New Zealander and the other two English. Imagine having your own light filled space in Hampstead, fronting not only a cobbled alley but a proper lamppost the kind you normally only see in 1930s photos of London streets. 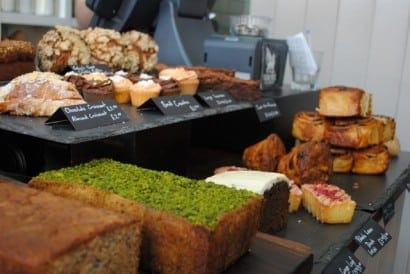 You could fill it with worn leather couches, and a big distressed table and then invite streams of good-looking people to pop by and relax with newspapers, coffee and delicious homemade cakes. Not only that but you could staff it with good-natured Australians (the other staff are lovely too — but we’re feeling patriotic here) who will helpfully get out their Google Maps to point you in the right direction of Hampstead Ponds, so you can continue to pretend you’re living a literary fairy-tale.

Not only that, but you would make sure your just bigger than a hole in the wall café was stocked with good quality Square Mile Coffee Roasters beans that produce a great, buttery, smooth cup of coffee. Although limited by the tiny space designated for the kitchen, it wouldn’t prevent you from a weekend brunch menu that manages to cover off on the basics — ham & cheese croissants, granola and soft-boiled eggs with soldiers — while making room for some more unusual offerings, including smoky baked beans with sourdough toast.

Washed down with two coffees, a smoked salmon sandwich with deliciously fresh caper cream cheese on soft, chewy Sourdough was perfect fuel in our search for the Hampstead lifestyle. 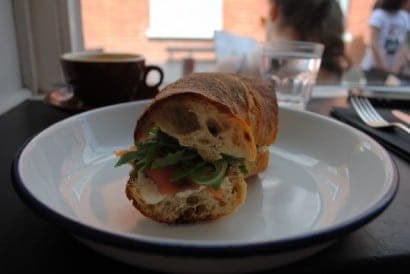 Experience the London of the silver screen with a trip to Hampstead, where the food is always fresh, the coffee spot on and the cobbled alleyways teaming with people with movie-star good fortune. Visit Ginger & White, and for one breakfast at least, you can pretend to have that fortune too. 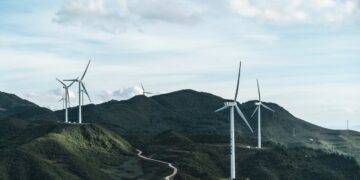 Offshore wind farms are an increasingly common sight overseas. But Australia has neglected the technology, despite the ample wind gusts...