An Aussie love letter to Tulisa

SUBCULTURE SLEUTH | This week our Sleuth jumps to the defence of a newly discovered UK crush — Tulisa. 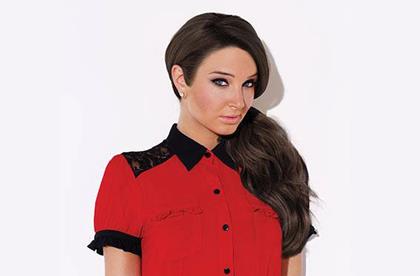 I’M not normally one to jump to the defence of another in order to protect their honour.

However, that has all changed recently as I have found myself rapidly becoming a staunch advocate for a much maligned celebrity that has copped a relentless battering from the press.

There can be only one possible explanation for this change of attitude: I fancy Tulisa Contostavlos.

Maybe it is my fascination with the chav culture, or maybe I just like to support the underdog. Whatever the case may be, there is something about Tulisa that has caught my eye since I first arrived in London a few months ago.

I am not alone in this opinion. Conversations like “How good did Tulisa look on The X-Factor tonight?” are a relatively common occurrence for Australian men only now discovering this British treasure.

Tulisa has been called a chav by a wide range of people in the media, including her X-Factor co-star Louis Walsh, and the self-proclaimed ‘female boss’ seems to play up to the title. She is regularly spotted in tracksuits, has a thick North London accent and often refers to her urban roots as a hip hop megastar with Camden Town outfit N-Dubz.

Tulisa is virtually unknown to Australian audiences, proving to be somewhat of a revelation to travellers finding her face plastered on the front page of every newspaper in the United Kingdom on a regular basis.

But being a chav is not all about appearances. There is an attitude demonstrated by chavs that oozes rebellion against authority and edginess. Perhaps that is what makes Tulisa so fascinating: she is feisty and is the quintessential girl next door (depending on where you live).

I do not know if my affection for Tulisa provoked my affinity for a certain subset of London culture, or if it was the other way around. Either way, I cannot help but think that the two are intrinsically connected.

Tulisa has been lambasted in the media recently for her poor taste in men: her last boyfriend recently pleaded guilty to growing cannabis and her latest squeeze is a Premier League footballer whose ex-girlfriend is pregnant with his child. It is the standard type of twisted web that you would find on The Jeremy Kyle Show and gives further credence to the media’s claim that Tulisa is the Queen of the Chavs.

Regardless of the negative media coverage of her love life, Tulisa is an iconic character in modern British culture. She is gorgeous with an edge, and it is her take-no-prisoners attitude that has endeared her to Australian men living in the UK who have only just realised what their British counterparts have known for quite a long time: it can be sexy to be a chav.