Fetlar and away: the midnight summer garden of the Shetland Islands

This remote, far northern Scottish island is home to a diverse range of flora, fauna and wildlife, and for a short while it's a cool summer escape for our intrepid Aussie journeyman.

Seeking a cool, fresh escape from the current UK summer heatwave, I boarded a ferry for the 14½ hour journey from Aberdeen to Scotland’s northern Shetland Islands.

The past week I’ve been on the remote island of Fetlar which is part of the Shetland archipelago of a hundred islands.

The 15 inhabited islands have a population of 22,000 and the capital and largest town is Lerwick with 7,500 souls.

Fetlar, an island near the top of Shetland, with a population of just 60 is known as the `garden of Shetland`.  It’s way up north here with near 24-hour daylight on June 21st, the longest day – the so-called `Simmer Dim`. 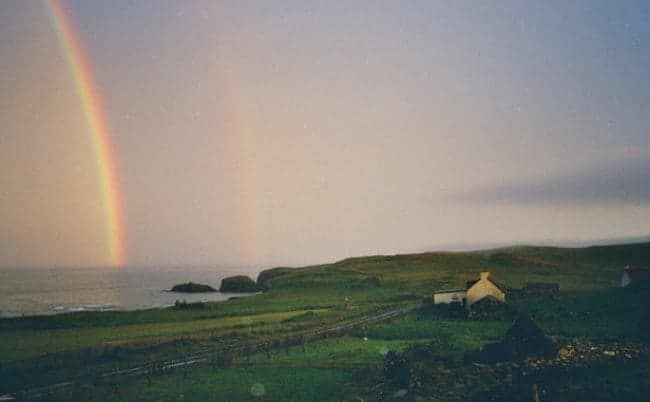 The Shetlands lie at the “crossroads of the North Sea”, equidistant between Scotland, Norway and the Faroe Islands. Fetlar is the fourth largest of the islands and most of its five dozen inhabitants live in the principal settlement of Houbie.

The contrast between Aberdeen with its many shopping centres, multiplex cinemas, railway, bus and ferry terminals, large harbour, bars and nightclubs, football ground, museums and airport and Houbie, with just its one shop/post office combined, is striking.

Fetlar is different, it is fertile and verdant. In fact the name Fetlar is reputed to originate from the Viking term “Fat Land”.

The island is home to a diverse range of flora, fauna and wildlife, and around two thirds of the island is designated in some form, whether as a Site of Special Scientific Interest (SSSI), a Special Area of Conservation (SAC) or as an RSPB Bird Reserve.

The bird most visitors want to see is the dainty red-necked phalarope, which is famed not only for its stunning plumage but its unusual sexual role reversal. The smaller, duller males perform the incubating and chick-rearing duties, while the brightly coloured females are left free to try to find a second mate!

While an aggressive territorial bird called the Great Skua inhabits this island, I didn’t encounter one. Known by Shetlanders as `Bonxies` these large sea birds dive bomb anyone they think is going near their chicks. By contrast the phalaropes which I did see are gentle and harmless. There are Shetland ponies on Fetlar but being feral they tend to wander from place to place without congregating at any one point.

Killer whales usually put in at least a few random annual sightings round the isle as do minke whales and porpoises. 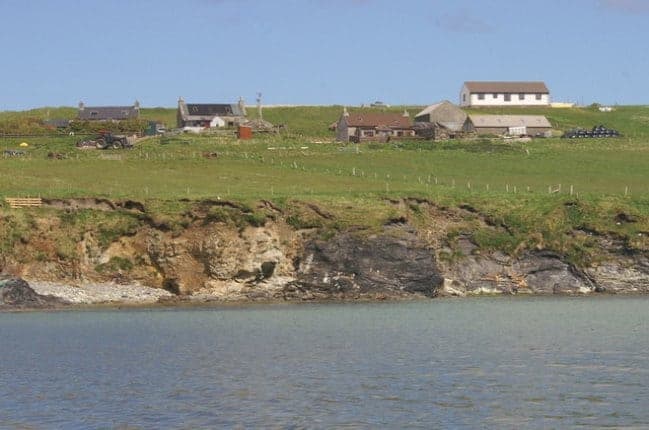 The one animal you are certain to see are sheep who number around 5,000. In the early nineteenth century, it was decided to displace most of the local population and replace them with sheep, as part of the so-called `highland clearances`. Done with the utmost brutality in the case of Fetlar, it led to the decimation of the populace along with the ruining of their cottages, the remains of which can be seen to this day. Once with a population of 860, Fetlar today has less than one fourteenth of that.

There is a strong Australian connection with Fetlar as many Aussies particularly from Melbourne come here to trace their roots. The local Fetlar Interpretive Centre which is the island’s dynamic museum and visitor centre has a visitor’s book full of names from Down Under.

The local nurse, Rose, originally comes from rural Victoria and has been here for 20 years, losing some of her accent in the process.

‘Simmer Dim’ at a ‘peerie house’

In midsummer because of the northerly latitude (60.62° N – same as St Petersburg, Russia) there is near all day daylight in June, the so-called `Simmer Dim` during which the evening twilight blends in sweetly with the dawn.

At just 12°C it might make an Oz shiver but the `peerie house` where I stayed had central heating. Peerie is the Shetland word for small.

Mobile phones tend not to work here because of the poor signal though I had broadband Internet in my little house.

There is an old-fashioned payphone by the post office where you can make a coin operated call. There is a small airstrip but remarkably it is located at the top of a hill and is only used in emergencies.

There is the resident nurse and a doctor holds a surgery once a fortnight. The locals go to a social event at a local hall on a Saturday night and occasionally cruise ships come in with tourists. The local school has 3 pupils and there is a small fire engine.

Gentle and welcoming, Fetlar truly is a world away.

Shetland Islands – the pawn star of the north

A bit of backstory about the Shetlands – The islands once belonged to Denmark but after the marriage of James III of Scotland to Margaret of Denmark in 1469 the Danes, who were unable to pay the dowry of 60,000 florins, pawned Shetland to Scotland. Despite attempts to recover it has remained as part of Scotland ever since.

While fishing and tourism were the main industries, the discovery of oil in 1972 gave a new prosperity to the `Northern Isles`. Earlier this year STV (Scottish Television) reported that more than 2.3 billion barrels of oil could be contained within a west of Shetland oil field. The figure is around three times higher than estimates made in 2013.