Anzac Day at Gallipoli: what you need to know

Each year thousands of Aussie and Kiwi visitors make the journey to Gallipoli, Turkey, to reflect on the sacrifice of the Anzacs. To make the most of the Anzac Day experience at Gallipoli, it is important to come prepared. 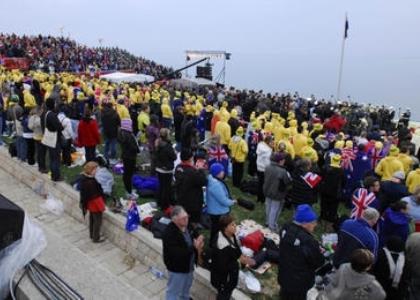 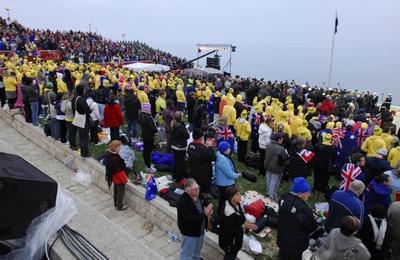 FOR many, attending Anzac Day services at Gallipoli is a once-in-a-lifetime experience. It is both humbling and moving to be present in a place that has played such a critical role in shaping our national identity.

If you are planning to visit Gallipoli to attend the Anzac Day commemorations you should take careful note of the following:

They landed at Gallipoli on 25 April 1915, and some 8700 Australians died and a further 19,000 were wounded before the battlefield was evacuated eight months later.

There are four services held on Anzac Day at Gallipoli;

What to expect at Anzac Cove on 24-25 April
The Anzac Commemorative Site usually opens to visitors from 6pm on 24 April. All visitors arrive as part of a tour group. Coaches will drop passengers off about 1km from the site. This will be the last time you’ll see your coach until after the services on 25 April.

After passing through the security check point, visitors make their way to the Anzac Commemorative Site. Seating is available in stands or you may sit on the grass.

During the night a reflective program is presented including historic documentaries, live interviews and music from the First World War era, performed by musicians from the Australian and New Zealand Defence Forces.

After the Dawn Service, visitors make their way up to the Australian memorial at Lone Pine. The walk is around 3km including 1.5km up a steep, winding and uneven dirt road, and is followed by some security screening at Lone Pine. This walk can be difficult for people who are elderly, unfit or have medical conditions.

Following the Australian service at 10am, the New Zealand service at Chunuk Bair begins at 12.30pm.

After the New Zealand service is finished it’s time to get back on the coaches. It can take a couple of hours to get every visitor back on their coach, but the good humour and patience of visitors makes the time pass quickly.

What else is at Anzac Cove in Gallipoli?
There are many other areas in the Anzac battlefield that you will be able to visit while you are in Gallipoli.

An online walking guide can be downloaded from www.anzacsite.gov.au – the guide outlines key areas in the Anzac battlefield including:

For the latest travel advice, visit the Department of Foreign Affairs and Trade Smartraveller website www.smartraveller.gov.au