A whirlwind weekend in Paris

CROZ FROM OZ | Aussies living in London have two stubborn little obstacles standing between them and their next trip. Can you guess what they are? Sure you can — there’s no prizes as it’s obvious: time and money.

by Lee Crossley
in Travel 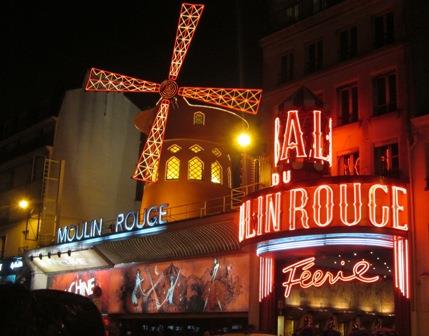 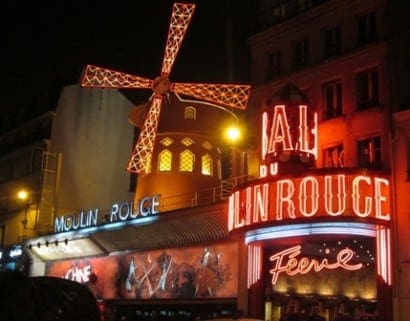 IN response to it dawning upon us that our time here in the UK has become a fast-burning fuse, the beloved and I adopted a ‘make it happen’ maxim with regards to seeing the world while we’re actually ‘in it’ rather than ‘Down Under’.

So, with paltry funds and a tiny time window, we packed our bags and caught the Eurostar to Paris.

To be specific, we hit up Barclays first for overdrafts. As for the time limit: we had a little under two days.

It was a spontaneous trip, part of my wife’s 30th birthday present.

For all the clichés about romance and the mushy stuff, I can happily say that Paris came through with the goods.

What was most surprising was the lack of people about. It was a ghost town just a week out from Christmas!

If aliens had dropped in from outer space, they’d be forgiven for thinking that it was a town of a couple of thousand, let alone two million.

But the exodus of locals did not burst our Parisian bubble! 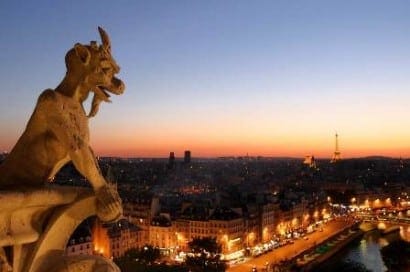 Once there, we managed to jam quite a bit into one-and-a-half days.

What would you do in two days in Paris?

Staying at the Mercure, just a two minute stroll from the Eiffel Tour, provided us with the ideal point from which to explore this marvellous city.

If you had asked me what was I looking forward to about travel before coming to the UK, Paris would have been on my Top 5, certainly, but people’s obsession with the Eiffel Tower has often baffled me. My wife is a hopeless romantic and buckled at the knees upon first seeing it. I remember it clearly. We came out of the Metro (Paris’s answer to the London Tube).

“Where is it?” she asked as we both glanced skyward. We rounded a building and there it was: a beacon on the horizon. It was a cracking day — one I’m unlikely to forget. We’d booked tickets to climb the tower the day before, which allowed us to jump the queue. We got to the top as the sun was setting so were able to take in views of Paris during sunset and as it grew dark.

If Paris has a personality, it’s moody but kind. It’s quite grey and any colour that exists in my memories resides only in the feelings generated from those memories, rather than the sites themselves.

After ticking off the aforementioned ‘must see’ attractions in record time, we were left with a couple of hours to fill. What better way to spend your last afternoon in Paris than a long lunch followed by some bar hopping in the St Germain district.

Now, my mates often laugh at me when I make — in their opinion — ridiculous comparisons with places from Oz while travelling, especially when the places I’m comparing them to are European and over a thousand years older than my Aussie equivalent. But, in my humble opinion, the St Germain district, with its trendy bars and rustic/grunge feel, has a real Brunswick St, Melbourne, feel to it (insert eye roll here!).

After a couple of quiet bevvies, the good wife suggests we take a trip to the Moulin Rouge. So, off we go. (The Metro in Paris is fantastically easy!) The Moulin Rouge was ok. We didn’t see a show (it would have cost â‚¬90 each) but we got the obligatory happy snaps in front of the windmill and then caught a train to another, more affordable, area for dinner.

Our trip finished with a lovely three-course meal at Le Vaudeville Brasserie (29 Rue Vivienne), the icing on what was a brief but brilliant trip. 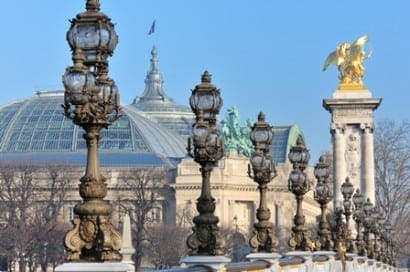 We caught the Eurostar back to London early in the morning, having got off it less than 48 hours before. Had I wanted to see any scenery on the way home, too bad, I didn’t see a thing for I slept from the moment of my bum went on the seat.

But I dreamt of an amazing holiday (if that’s what a Parisian fly-by can be called) where I toured the world’s most romantic city with the love of my life. Ah, the memories!

When I woke up it was drizzly and grey (but not Paris grey!). The driver didn’t need to tell us we’d returned to London.

If you only had two days and could go anywhere in the world, where would it be and what would you do? Comment below: