Young Australians urged to be counted this election

Young Australians are being urged to vote in the Australian federal election. Prepolling facilities are open for Australian expats in London at Australia House. 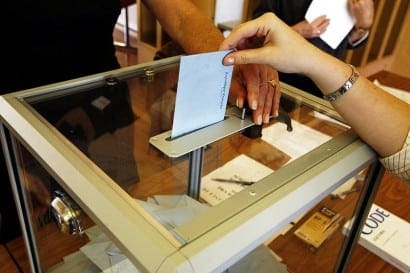 YOUNG Australians are being urged to vote in the Australian federal election.

In total, approximately 2 million Australians aged between 18 and 24 are eligible to vote. However, 400,000 failed to enrol by the 12 August deadline.

Adam Pulford, Australian UN Youth Representative, is calling on all young Australians who are enrolled to vote to get out and vote in the 7 September election. Prepolling facilities are available at Australia House.

‘Whatever issues we care about, voting is our opportunity to take action on these issues by voting this Saturday for the candidates that best represent our views’ Pulford said.

Despite the 20 per cent who aren’t enrolled, Pulford says young Australians are still a powerful force in Australian politics.

‘In 2010, the total difference between the two major parties was about 30,000 votes. This year we’re likely to see another close election — with 1.6 million young Australians voting, we can decide who forms our next government’ Pulford said.

‘This means your vote really does count.’

Nina O’Connor, 24, is the Director of Count Me In, a national campaign aiming to make enrolling and voting in the election easy for all young Australians.

O’Connor says that turning up to vote is only part of the challenge.

‘Young people not only need to get out and vote on election day, they also need to make sure they vote correctly so it will be counted’ O’Connor says.

O’Connor reports that many young Australians are not confident in how our electoral system works. This can lead to them not voting on Election Day or casting an informal vote. In the 2010 Federal Election, approximately 5.5% of all votes were informal.

‘People can be embarrassed that they don’t understand the full system. But there are so many helpful resources online that they can use to get informed without risking feeling embarrassed’ O’Connor said.

O’Connor directs young people to the Count Me In Facebook page at www.facebook.com/countmein2013 to access some of these resources.