Owning a home is a goal regardless of where you are in the World, and if the returns promised by the UK’s buoyant property market ring true, it’s no wonder Australians entering the market see this opportunity as the best they’ve had in a long time.

by Shanaka
in Expat Life, News 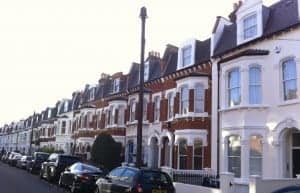 THERE’S a reason why Aussies loathe UK winters. Its dark skies, long nights and impenetrable clouds are a far cry from the abundant sunshine being experienced back home. Recollections of bronzed bodies basking on the shores of Bondi Beach stand in contrast to the transparent hue of the British ‘tan,’ and it’s hard to resist pictures of your mates on facebook, a plate full of marinated lamb in one hand and a VB in the other as they tune in to good old summer cricket.

But, there’s a reason why they stay.

Like it or not, the UK’s status as Europe’s second largest economy makes it a prime destination for the Australian expat community. Coupled with close ancestral links to Britain and the famed Aussie industrialism and it’s no wonder you hear the distinctly Strayan twang in areas like Earl’s Court, Kensington, Hammersmith and Fulham.

Maybe it’s the higher-than-average market salaries the UK offers, or the quality of life, schooling and public amenities that the nation’s sophisticated infrastructure affords, but foreign nationals and non-residents occupy a large slice of the UK’s 64 million-strong population.

With their roots firmly entrenched, many of these expats are professionals and self-employed contractors looking to enter the promising, though somewhat unpredictable, UK property market. And they don’t have to look much further than 2013, a year that has surpassed all expectations in this sector.

According to the Land Registry, house prices have climbed across all parts of England this year, with London at the forefront of this growth. A nationwide survey of estate agents and information from the Royal Institution of Chartered Surveyors (RICS) confirms this trend: House prices are rising across the country, especially in London and its commuter belt. Greater London’s property prices have jumped by 10% since September 2012, and boroughs that once bore the brunt of urban neglect, like Hackney, rose by almost 13%.

In October, property prices were up for the ninth month in a row, propelled by low interest rates and government interventions like Funding for Lending and Help to Buy, which have catapulted homebuyers into the property market again. Admittedly, this has put some pressure on first-time buyers, who might feel that it’s “now or never” to secure a mortgage while they can still afford it.

But buyers still need to exercise caution, says Mike Abbott, Financial Planner and Mortgage Adviser at Sable Mortgages. “The current rate of increase is clearly unsustainable, so buying property with a short holding time horizon is speculative and risky in this climate. That said; long-term investing, in particular where the property is a main residence, makes sense because property is a great wealth creator when the growth is not taxed. The expectation for rising inflation in the UK makes this even more the case. Property assets perform well during inflation; while inflation shrinks the debt, the assets grows. Initiatives like Help to Buy and New Buy are making a big difference and are providing a nice stepping stone for new buyers. ”

They may miss home, but Aussies in the UK are adapting to the adage that home is first and foremost where memories are created. Owning a home  is an emotional goal regardless of where you are, and if the returns promised by the UK’s buoyant property market ring true, it’s no wonder Australians entering the market see this opportunity as the best they’ve had in a long, long time.

If you would like Sable Mortgages to advise you on your mortgage options, give them a call on 020 7759 7519 (UK) or mail them on [email protected]