Payments to help victims of fires in Perth Hills, as more than 80 homes destroyed and fires continue to burn. 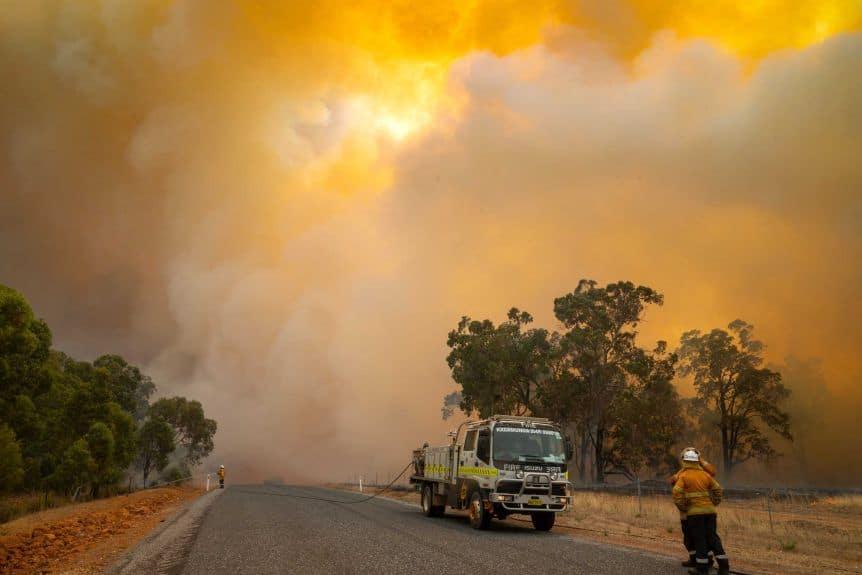 Fires began on Monday and are now in their fourth day, with more than 80 homes already destroyed and a fire front that is now in excess of 130km in diameter.

According to a statement released last night (Wednesday) by Federal emergency services minister David Littleproud, once-off Disaster Recovery payments of $1,000 per adult and $400 per child will be available to people living in the Mundaring and Swan local government areas, which the fires have hit the hardest.

The package provides assistance to those who have suffered a significant loss, including a severely damaged or destroyed home.

“Our first concern is for the safety and needs of those directly affected, particularly those who have lost their homes in this bushfire,” Littleproud said. “This will give dignity to those who have suffered the worst in the fires and help them through the next few days.

Assistance for victims who have lost their income

“We’re also making the Disaster Recovery Allowance available to people who have lost their income because of the bushfires.”

People eligible for the Disaster Recovery Allowance can access income assistance for up to 13 weeks, equivalent to the maximum rate of JobSeeker or Youth Allowance.

More than 300 firefighters and 21 aircraft involved

The WA Department of Fire and Emergency Services said that more than 10,000 hectares of land had been destroyed, with overnight wind gusts of up to 70 kilometres per hour continuing to fan the flames.

More than 300 firefighters have been deployed to the scene and are being supported by 21 firefighting aircraft.

Department of Fire and Emergency Services Assistant Commissioner, Craig Waters, said local firefighters were starting to become fatigued work was underway to determine the feasibility of bringing in interstate crews to assist.