OPINION & ANALYSIS: This is certainly not the first time a Labor leader has had a bash at the Murdoch media in a recent campaign. But it was probably one of the more effective. 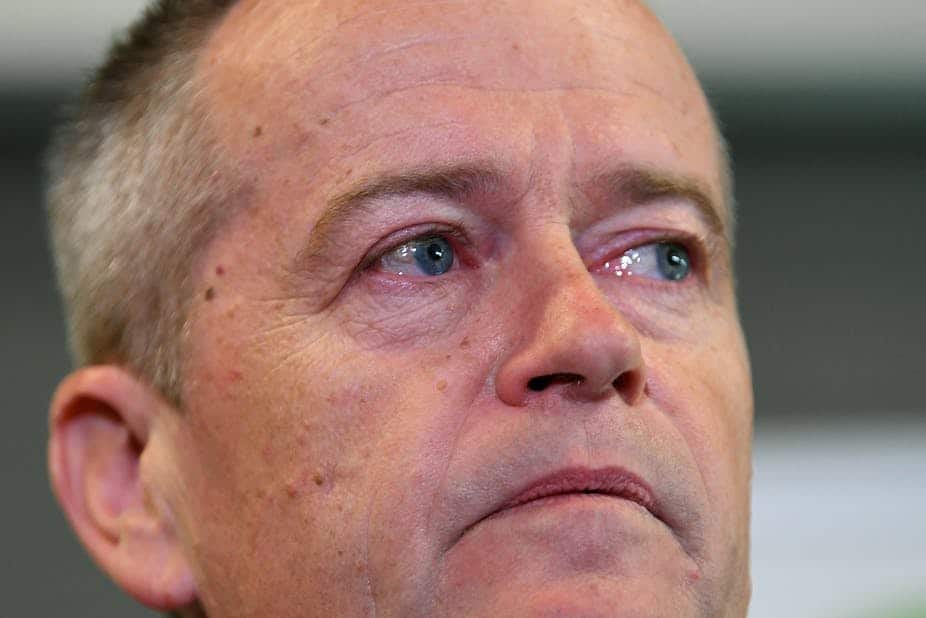 News Corp outlets have been mostly unrelentingly anti-Bill Shorten and Labor during this campaign. They rarely let up.

But Wednesday’s Daily Telegraph story with the screaming headline “Mother of Invention” backfired, handing the opposition leader the opportunity of a powerful moment on the campaign trail and drawing criticism even within the media group.

To start at the beginning, in Monday’s ABC Q&A, Shorten used the story of his late mother Ann to illustrate his case for giving people more equal opportunities in their lives.

His mum came from a working class family. She went to university but instead of pursuing law, as she wanted, she “needed to take the teacher scholarship to look after the rest of the kids”.

“My mum was a brilliant woman. She wasn’t bitter […] But I also know that if she had had other opportunities, she could have done anything”.

What Shorten left out of the story was that Ann later became a lawyer, and went to the Victorian bar.

Perhaps it would have been better to have included that fact, for the sake of covering all bases. Arguably, Ann Shorten’s high achieving career is not even the most telling example of how unequal opportunity can stymie ambition.

But the point is that the legal part of her career is no secret, but in fact well known. As the Telegraph reports, the Victorian Bar Council had an obituary when she died several years ago.

The whole Telegraph presentation was an over-the-top hit job.

The Telegraph’s sister paper, the Herald Sun in Melbourne, did not run the story at all, although it would have been available to it.

And News Corp columnist Andrew Bolt pulled no punches in his blog.

“Bill Shorten is livid about the Daily Telegraph’s front page today. Despite being a Telegraph columnist, I must say this: Shorten spoke truly when he said his mother sacrificed her dream to be a lawyer, taking up teaching to help her siblings,” Bolt wrote.

“There is no invention here. That she decades later realised her dream does not negate that sacrifice.”

Scott Morrison was careful in commenting, saying it was “a very upsetting story and I can understand that Bill would have been very hurt by that story”.

“I can understand that that would have upset him a great deal and […] I would only extend my best wishes to him. I mean, this election is not about our families,” Morrison said.

Shorten, tears welling at times, addressed the matter at great length in his Wednesday morning news conference, including repeating his mother’s story and using it to re-emphasise the point that “everyone deserves the same chance”.

He not only struck back hard at News Corp but drew on his mother’s experience at the Bar to illustrate the career difficulties older women can face. At the bar “she discovered in her mid-50s that sometimes, you’re just too old”.

For good measure, he passed on some of his mum’s advice to whoever was “pulling down a six-figure sum at the Daily Telegraph. ‘Look it up. Look it up.’ All of what I’ve said is all of what has been said before.”

Over the decades Labor leaders have had up-and-down relationship with the Murdoch media. Way back in the 1970s, Rupert Murdoch backed Gough Whitlam, then turned strongly against him in a fierce 1975 coverage in The Australian.

Mostly, leaders have gone out of their way to meet with Murdoch, but Shorten a few months ago indicated he wasn’t interested in doing so, preferring to deal with the Australian management.

This is certainly not the first time a Labor leader has had a bash at the Murdoch media in a recent campaign. But it was probably one of the more effective.