Not since the end of World War Two has the mighty US economy experienced such a significant contraction. Covid is, of course, the culprit. 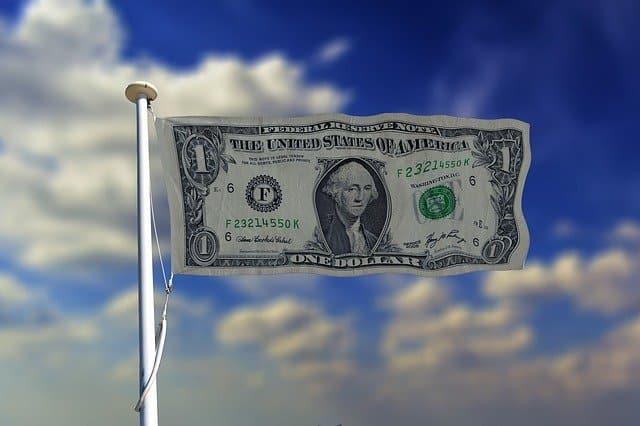 Struggling in the grip of the pandemic, the United States economy last year took its biggest hit in 74 years. Not since the difficult days at the end of World War Two has the US economy contracted by 3.5%.

Indeed, the last time Americans experienced carnage of this nature was in 1946. This was the year after the war ended and millions of service personnel were returned to civilian life as commerce and industry struggled to return to post-war normality and adjust to drastically reduced military spending.

According to the Bureau of Economic Analysis, an agency of the United States Department of Commerce, in the last three months of the year the economy rose by just 1% compared with the previous quarter.

This represents a significant slowdown in the economy, as in the previous quarter it rose by 7.5%.

The report released on Thursday by the Bureau estimates that US gross domestic product (GDP) slowed sharply in the October-December quarter from a record 33.4% surge in the July-September quarter.

The US outlook for this year continues to be ‘hazy’

That gain had come after a record-breaking 31.4% annual plunge in the April-June quarter, when the economy was in the midst of the pandemic.

“Economists warn that a sustained recovery won’t likely take hold until vaccines are distributed and administered nationwide and government-enacted rescue aid spreads through the economy – a process likely to take months.

“In the meantime, millions of Americans continue to struggle.”

‘A long way from a full recovery,’ says Reserve chair

Jerome Powell, the Chairman of the US Federal Reserve, has also added a warning by saying the economy is “a long way from a full recovery”. He has pointed to millions of unemployed workers, including the many who have given up looking for work.

But the Guardian newspaper quotes Oxford Economics, a global economic analyst and forecaster, as saying the US economy is “chilled, but not frozen”.

“Against the risk of excessive winter pessimism, we believe in spring optimism. We foresee record-breaking consumer spending growth in 2021, with households benefitting from a watered-down $1.2-trillion version of Biden’s American Rescue Plan, vaccine diffusion gradually reaching two-thirds of Americans by July and employment accelerating this spring,” Oxford Economics said.