UK trial shows dogs to be super-reliable detectors of Covid

Laboratory tests find trained dogs were able to detect odour from individuals with Covid-19, regardless of whether they had symptoms or not. 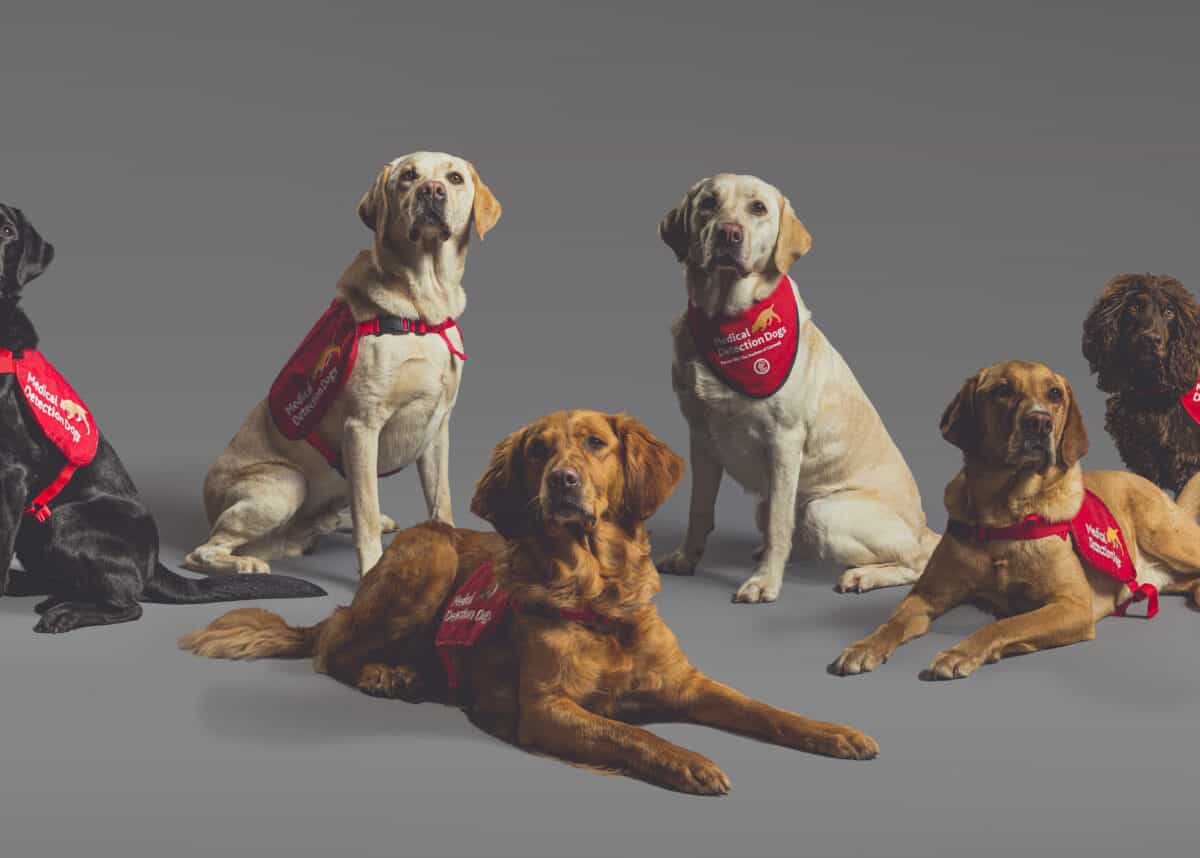 Asher (second from right) and his canine colleagues have been trained to detect the smell of Covid-19 and play a vital role in preventing further spread of the pandemic in future. Photo credit: Neil Pollock of MDD

Asher may just look like a cute cuddly dog, but he is much more than that. He, along with some of his canine friends, have been trained to sniff out Covid-19 in people and the initial results show they can do it very reliably.

This is because a UK-based research team – involving among others Durham University, the charity Medical Detection Dogs and the London School of Hygiene & Tropical Medicine – has found that Covid-19 has a very distinct odour that the dogs’ super-sniffing powers can detect it with up to 94 percent accuracy. Humans, however, cannot smell it.

The study, which is not yet peer-reviewed, is the most extensive of its kind to date using over 3,500 odour samples donated by the public and National Health Service (NHS) staff.

It involved training dogs to distinguish between infected and uninfected people alongside odour analysis and modelling.

The dogs were able to detect odour from individuals with Covid-19, regardless of whether they had symptoms or not. The canine Covid detectives could also identify people with two different strains, and with both high and low viral loads.

Although the dogs were trained in a trial setting and more work is needed to transfer the method to real-world locations, the preliminary results show that specially trained dogs can rapidly and non-invasively sniff out the virus.

In addition to the dogs’ training, the team also carried out mathematical modelling to assess the effectiveness of using dogs as a Covid screening method.

Two dogs could screen 300 passengers in half an hour

This modelling shows the potential for dogs to be used at ports of entry such as airports. The experts estimate that two dogs could screen 300 plane passengers in around 30 minutes as part of a ‘Rapid Screen and Test’ strategy.

Use of the bio-detection dogs, plus a confirmatory PCR test, would likely detect more than twice as many infection cases than at present, helping to reduce onward transmission as well as isolating symptomatic individuals.

The study also included a crucial ‘double-blind trial’, where the dog, technician and dog trainer were not aware which samples were positive or negative, removing any risk of inadvertent bias or cues.

The team now hopes to move on to the next phase of the trial, which will involve the dogs detecting Covid-19 directly on people in real-world settings such as airports.