A report compiled by the United Nations drops jaws as it reveals that Commonwealth countries top the world for cocaine and ecstasy use. 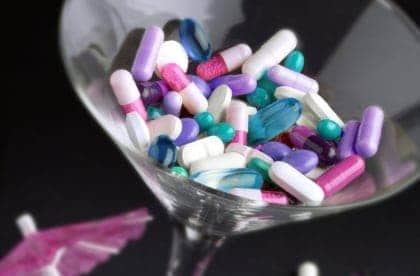 A list issued by the United Nations has sent shock waves throughout the UK, New Zealand and Australia, placing the countries amongst the world top party drug abusers.

According the report, cocaine usage in Scotland is higher than any other country in the world with almost one in 40 Scots regularly using the drug for recreational purposes and one in 50 English and Welsh citizens doing the same. Australia ranks 4th with 2.1%.

Ecstasy seems the more popular choice with Australians and New Zealanders who top that list, but still remains a favourite of the Brits.

The letter also referred to evidence from Australia, the Czech Republic and Portugal that health problems linked to drugs are ‘dramatically’ reduced when users are instead educated on the effects of drugs rather than being prosecuted for use and possession.

Edward Fox from the drugs charity Release said the figures proved that the UK government’s approach was not working.

“With recent statistics showing that cocaine and ecstasy use in the UK remains among the highest in Europe, it reveals that the government’s approach of strict criminalisation is failing to have an impact on levels of use.

“By its own estimates, the government spends £1.5-£2.5 billion annually on law enforcement against supply and possession offences, yet the UK still has one of the highest overall rates of drug use in Western Europe.

“Over 90% of people who use drugs in this country do so recreationally, many of them are young and the greatest risk they face is criminalisation,” said Fox adding, “Additionally the cost of police and prosecuting this activity is an expensive waste of tax payers money.

“It is time that the UK government looks at removing unnecessary criminal sanctions for drug possession to prevent any further waste of state resources and to end the lost opportunities for young people created by criminal records,” concluded Fox.

“We treat some 4,000 people every year whose health, jobs and relationships have been wrecked by cocaine addiction, so the findings of the UN World Drug Report are not that surprising,” said Simon Antrobus, Chief Executive of the addiction charity Addaction.

He continued that, “Cocaine might once have been a drug used only by the wealthy but it’s been getting cheaper and cheaper since the mid-90s and is now easily accessible in most towns and cities.

“That’s why Addaction provides education for young people alongside our treatment work so that they understand the potentially very serious risks involved and develop the resilience to make responsible, informed decisions around drugs.”

However a Scotland government spokesman rejected the figures, telling MailOnline: “We do not accept the international comparisons made in this report due to considerable concerns about the amount and quality of the information available in different countries — concerns regularly raised with the UN by Scotland’s Chief Statistician.

“The Scottish Crime and Justice Survey information on drug use for 2012-13, published two weeks ago, showed that self-reported drug misuse is decreasing among both the adult population and younger people (16-24) and that drug use was falling for class A and B drugs, including cocaine and ecstasy, as well as well as cannabis.

“Indeed, it is likely that other countries are under-reporting their drugs use – artificially elevating Scotland (and other UK countries) relative position.

“Here in Scotland, we are recognised as having some of the most robust information available in the world and despite what this report says, our national statistics, drawn from a range of sources and independently analysed and assessed by the UK Statistics Authority, show that drug use in Scotland is falling among the general adult population and young people.”