Two Sydney women have been charged and faced a regional NSW court after a stabbed and bloodied female found in boot of car. 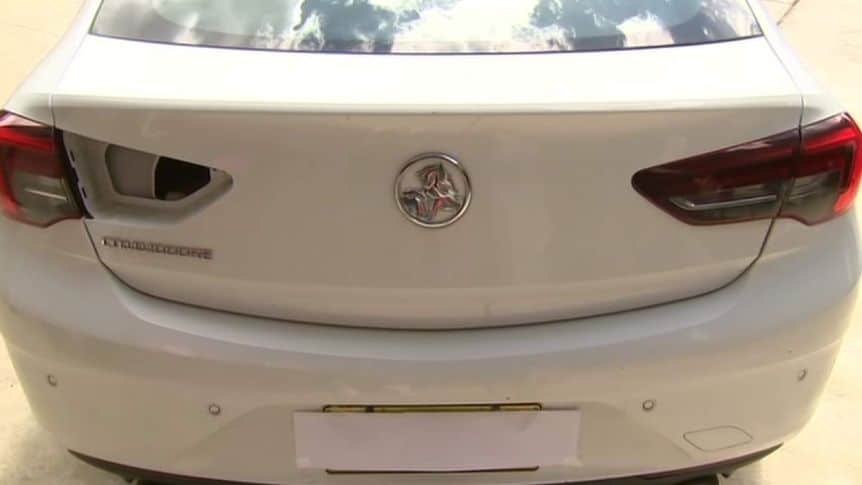 The car with its damaged tail light

Two Sydney women aged 18 and 24 have appeared in a regional NSW court today (Thursday) after they were found driving a car with a stabbed and bloodied female victim imprisoned in the boot.

Kayley Lee Ketley, 24, and Latia Henderson, 18, from Campbelltown have been charged with a range of offences and are in custody at the Goulburn Police Station.

They were arrested yesterday on the Hume Highway in the Southern Highlands of NSW after a truck driver noticed that the car driving in front of him was without a tail light. He then saw a hand waving through the hole where the light had been and alerted police.

Highway patrol officers spotted the car and stopped it

Around 20 minutes later, highway patrol officers spotted the car and stopped it. Inside the boot they found a bloodied 24-year old woman who had been stabbed multiple times.

She was treated by paramedics and taken to hospital, while the two occupants of the car were taken into custody for questioning.

“Some excellent work [was] done by the motorist who identified the hand coming out of the vehicle and they subsequently notified police and we can’t thank the motorist enough,” Detective Chief Inspector Brendan Bernie said.

We are fortunate no one was killed or badly injured

“It’s very fortunate that we found this woman alive — we obviously think it could have ended quite catastrophically for her — we are fortunate no one was killed or seriously injured.

“We do believe she was in there for some time.”

Bernie said the victim’s injuries were not life-threatening and she had been able to assist detectives with their enquiries.

Both accused have been charged with multiple crimes

Henderson who was apparently driving the vehicle while unlicenced, has also been charged with: never licensed person drive vehicle on road – prior offence.