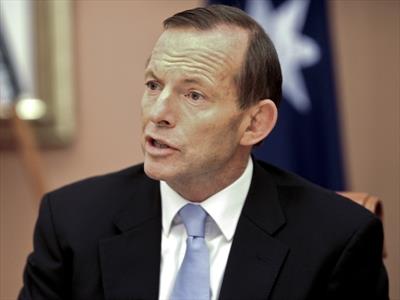 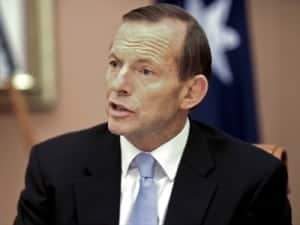 PRIME Minister Tony Abbott will persevere with controversial measures aimed at stopping the flow of asylum-seeker boats to Australia, despite ongoing and strident objections to the policies coming out of Jakarta.

Mr Abbott said on Monday that he was confident a new bilateral partnership against people smuggling, which he described as “Bali Plus”, would see cooperation between Indonesia and Australia on the asylum-seeker issue strengthened in the months ahead.

The bilateral partnership would build on regional efforts aimed at combating people smuggling, established under the dialogue known as the Bali Process.

But Mr Abbott also insisted that he would not be backing away from plans to turn back boats, to buy vessels from fishermen and to pay bounty money for information on people smugglers.

The comments, made on the sidelines of the APEC summit in Bali, came after Mr Abbott earlier in the day met with Indonesian President Susilo Bambang Yudhoyono for the second time in a week.

Mr Abbott said he would not abandon his boat buy-back plan and that money to make bounty payments to Indonesian villagers for information about people smuggling operations would remain on the table.

“We obviously stand by the policies we took to the election,” Mr Abbott said on Monday.

However the prime minister now says there has been some misunderstanding about the two pre-election pledges.

“We were simply making available a modest sum of money that would be sent in cooperation with our Indonesian partners to try and combat this evil trade. That’s all that was ever committed to pre-election and obviously we stand by it,” he said.

The plan to turn asylum-seeker boats back to Indonesia was also still in play, Mr Abbott said.

All three policies have been widely criticised in Indonesia with senior politicians, the Indonesian navy as well as respected international relations experts describing them as an attack on Indonesian’s sovereignty.

Despite objections out of Jakarta, which continued on Monday, Mr Abbott again attempted to downplay suggestions of a rift.

“I’m not sure that language in quite those terms has been used by anyone at senior levels in the Indonesian government,” he said.

However a senior member of the Indonesian government on Monday again reiterated his view that all three measures were “offensive” and could damage relations between Canberra and Jakarta.

Mahfudz Siddiq, the head of Indonesia’s parliamentary commission for foreign affairs and a member of Dr Yudhoyono’s ruling coalition, said the policies were disrespectful and that the buy-back plan was “weird”.

“I believe that the president has opened his arms widely in terms of Indonesian and Australian cooperation in handling people smuggling,” Mr Siddiq said.

“But they are examples of Australia’s disrespectful foreign policies toward Indonesia and not respecting its neighbouring country,” he said.

Less than two weeks ago, just prior to Mr Abbott’s meeting in Jakarta with Dr Yudhoyono, the Indonesian Foreign Ministry warned the plan to turn back asylum seeker boats would risk cooperation and trust in combating people smuggling. – AAP