But Barnaby Joyce is unlikely to give up his ambition, and having a restive Matt Canavan on the backbench will be unhelpful for McCormack. 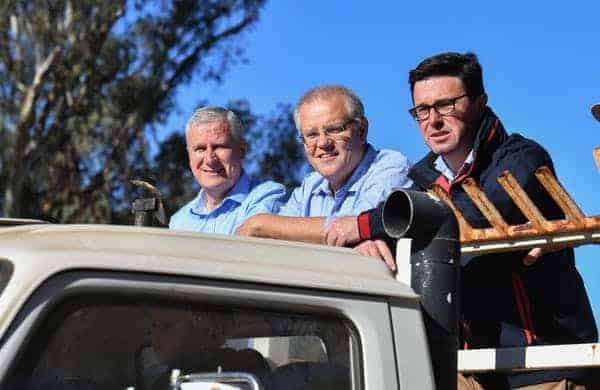 Nationals leader Michael McCormack has seen off a challenge from Barnaby Joyce but now faces the formidable task of trying to bring together a fractured party that lost two cabinet ministers this week.

The result will be a deep relief to Prime Minister Scott Morrison. He stood to be a big loser if forced to partner with Joyce, who promised a more assertive approach and would have pressed for concessions when re-negotiating a Coalition agreement.

The Nationals do not release the results of their ballots, which inevitably leads to speculation – and mischief-making – about the numbers. Some media sources claimed the numbers were lineball but McKenzie backers declared that rubbish. Only the whip, Damian Drum, and a scrutineer, Perin Davey, had access to the ballot papers.

The party elected Water Resources Minister David Littleproud as deputy. He replaced Bridget McKenzie who was forced to resign at the weekend after the sports rorts affair.

McCormack’s reshuffle will now have to be substantial because Matt Canavan, who has been resources minister, quit cabinet to campaign for Joyce. A tight-lipped McCormack made it clear he would not be reinstating Canavan.

McCormack told a news conference he did not expect another challenge from Joyce.

But Joyce is unlikely to give up his ambition, and having a restive Canavan on the backbench will be unhelpful for McCormack. McCormack must also battle the public perception that he is a bland and weak leader.

On the other hand, the Nationals have not in the past been inclined to change leaders between elections, which will provide some protection for McCormack.

Frontbencher Darren Chester, who stands to be returned to cabinet, apologised to the community for the Nationals’ self-indulgence, which came on the day parliament has dedicated to the bushfire victims and heroes.

“I’m disappointed, I’m somewhat embarrassed that we’re going through this today. I want to offer an apology to the Australian people.”

Chester said regional Australians were suffering the consequences of drought and bushfires. “On a day when the parliament … is due, to debate a condolence motion, to have us talking about ourselves is embarrassing.”

Littleproud said: “The shenanigans are over, it’s time to get back to looking after those people that are facing drought, that have faced up to the fires. It’s time for us to focus on them, not us. The party has to focus on that”.

Joyce said in a statement: “It is appropriate that if an issue needs resolving as to contentions held, there is a procedure to resolve it as is noted in our parliamentary system. That process has been followed and the issue is finalised. This was made as brief as possible prior to the first sitting of parliament for the year.

“I support the vote of the room and will strive for the re-election of a Morrison McCormack government as this is definitely the better outcome for Australia and especially of regional people.

“Now my first attentions go back to where they were before this week, the New England, drought, fires and now the threat of coronavirus.”

McKenzie has received the minor consolation of being re-endorsed by the party room as the Nationals’ Senate leader. Canavan remains her deputy.