Sport Australia wrote to McKenzie’s office before the election expressing concern it was being compromised by political interference. 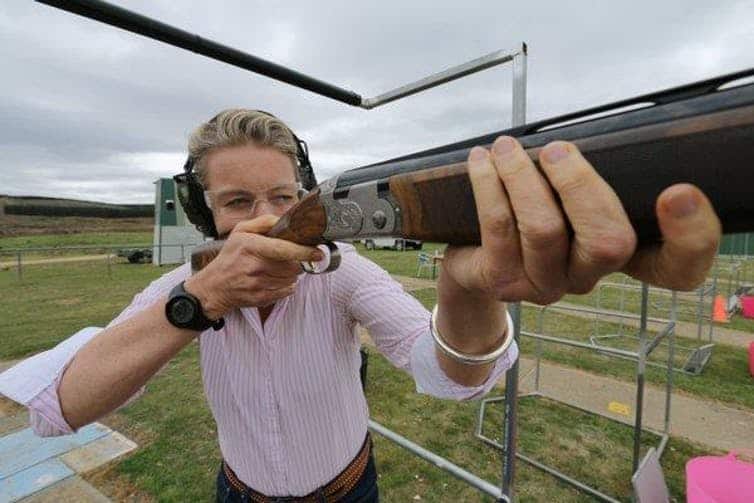 Scott Morrison will use his first major 2020 speech to press his plan for more federal government power to intervene directly when there are natural disasters, including by deploying the defence force without requests from the states.

In his speech titled “An even stronger, more resilient Australia”, Morrison on Wednesday will flag that a bigger role for the military in fires and other disasters will also have implications for the structure and training of the force.

But the Prime Minister’s hope for clear air for his messages is being stymied by the crisis around deputy Nationals leader Bridget McKenzie, triggered by the damning Australian National Audit Office report on the then sports minister’s handling of grants to sporting organisations.

On Tuesday Morrison again left her situation hanging, as more damaging information emerged against her in the sports rorts affair.

The ABC reported the agency meant to administer the sports grant scheme, Sport Australia, wrote to McKenzie’s office before the election expressing concern it was being compromised by political interference.

Sport Australia assessed applications for grants but its listing was overridden by McKenzie’s decisions, which favoured marginal seats. The ABC also obtained a spreadsheet from December 2018 prepared by the minister’s office. The spreadsheet had projects colour-coded according to the political complexion of seats.

Notably non-committal about the future of McKenzie, now agriculture minister, Morrison told a news conference in Blayney, where he was announcing more drought assistance, he had not yet received advice from the secretary of his department, Phil Gaetjens, on whether she had breached the ministerial guidelines.

In his National Press Club address, an extract of which was released ahead of delivery, Morrison will say there is now “a clear community expectation” for the federal government to have greater power to respond in a national emergency or disaster, particularly through the use of the defence force.

“After this fire season and before the next one, this is an area where we need to get clarity and make some decisions, including changing the law where necessary,” he will say.

While Morrison called out defence force reserves to help with the fire effort, he says he is aware of stretching the federal government’s powers as defined in the constitution.

Issues for the the royal commission

He will outline three issues to be considered by the royal commission he proposes in the wake of the fires. These are:

Morrison will say “an enhanced, more proactive role for our defence force in response to domestic natural disasters will have implications for force structure, capability, command, deployment and training”.

He will argue that too often findings from inquiries into past disasters have been forgotten.

“One of the first tasks of a royal commission will be to audit the implementation of previous recommendations.

“As the years pass, the bush grows back and fuel loads increase, people move in still larger numbers to live in fire-prone areas and dangerous fires occur again in a cycle which must be broken.

“We must continue to learn from this fire season so we are better prepared for the next one. Whether that be the deployment of the ADF, local hazard reduction, access to resources such as aerial firefighting equipment, consistency of disaster recovery arrangements or resilience in the face of a changing climate.

“And we must learn from Indigenous Australians and their ancient practices on how to improve our resilience to these threats.”

Read more: Bushfires: can ecosystems recover from such dramatic losses of biodiversity?

Morrison has previously stressed the importance of more emphasis on hazard reduction and holding states accountable for their performance in that area.

“Hazard reduction is as important as emissions reduction. Many would argue even more so, because it has a direct practical impact on the safety of a person going into a bushfire season,” he said recently.

Defence has confirmed the heat of the landing light of a defence reconnaissance helicopter that landed in Namadgi National Park is believed to have started the fire now raging near the outskirts of Canberra. It is the worst fire Canberra has faced since the disastrous 2003 burn.